The Temptation of Lila & Ethan - Review 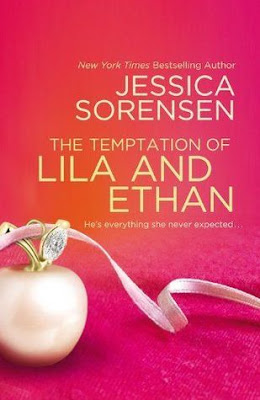 The Temptation of Lila and Ethan (The Secret, # 3)

Goodreads description--From the #1 New York Times bestselling author of the Ella and Micha series comes a gripping story of passion, pain, and the courage to love . . .

THE TEMPTATION OF LILA AND ETHAN

On the surface, Lila Summers is flawless: good looks, expensive clothes, and a big, beautiful smile. But a dark past and even darker secrets are threatening to bubble over her perfect façade. She'll do anything to keep the emptiness inside hidden-which leads her into situations that always end badly. Whenever she hits bottom, there's only one person who's there to pull her out: Ethan Gregory.

Ethan set the rules a long time ago: he and Lila are just friends. He doesn't do relationships. Although his tattooed, bad boy exterior is a far cry from Lila's pretty princess image, Ethan can't deny they have a deeper connection than he's used to. If he's not careful, he could be in serious danger of becoming attached-and he's learned the hard way that attachment only leads to heartbreak.

When Lila falls farther than she ever has before, can Ethan continue to help as a friend? Or is he also getting close to falling . . . for her?

I’ve read 8 books by Jessica Sorensen (The Secret of Ella & Micha, The Forever of Ella & Micha, The Tempation of Lila & Ethan, The Ever After of Ella & Micha, The Coincidence of Callie & Kayden, The Redemption of Callie & Kayden, The Destiny of Violet & Luke, and Breaking Nova) at the time of writing this review. So far I’ve seen a lot of repetitive themes with Jessica Sorsensen’s writing. And that’s been probably my biggest complaint to-date. However, The Temptation of Lila & Ethan might be my favorite one so far. It’s possible that’s because this one was a little different. But it’s possible that it was just better than the others. I’m not 100% sure.

The main difference that I noticed between The Temptation of Lila & Ethan and all of the other books that I’ve read by Jessica Sorensen was that while Ethan definitely has kind of a troubled past (her characters usually do), he’s basically worked past most of them by the time we get to The Temptation of Lila & Ethan (or so it seems anyway). Normally both of the leading characters in Jessica Sorsensen’s books have major problems. And expanding past that is the pattern of one character making decent progress with their issues in the first book, and the second book in the series focusing more on the healing of the other main character. By the end of the 2nd book both characters are in a much better place than when we started. And while The Temptation of Lila & Ethan is the 3rd book in The Secret series, this is really the first book of Lila and Ethan’s story so I expected the story to follow Jessica Sorsensen’s previously established pattern. But that really wasn’t the case. Ethan has his struggles that influence him because of his past, but he isn’t really weighed down by them and he’s in a much healthier place than most of Jessica Sorsensen’s other characters.

As I’ve said, Ethan has his troubled past, and he still has struggles to deal with because of that past, but he isn’t weighed down by them. Ethan is a great character. Probably my favorite male lead of all of this author’s books. He’s a good guy through and through even though he would debate that very fact. Ethan repeatedly makes good decisions. And the times when he makes a bad one, he’s able to make a course correction before he actually does any damage and goes through with his bad choices. Ethan is a rock. And he’s used his troubled past to make himself stronger and to be more willing to help others—specifically Lila.

Speaking of Lila, I was a fan. I mean she does have more of a victim mentality than Ethan does, but I can completely see how she got to the place where she is. Her story and her emotions are completely believable if only a little extreme. While it does take help from Lila to dig out of the hole she finds herself in, who among us all can say they’ve never needed help from someone else? Lila borrows Ethan’s strength until she has some of her own, and I loved seeing her work through her darker issues and work her way into the light.

I do wish that Ella and Micha were a bit more present in this story. The appearances they do make really felt to me like the only real purpose was for establishing an interest and creating intrigue for the reader to keep pressing forward in the series and pick up The Ever After of Ella and Micha which released in December 2013. While I have no problems with this, it was just something that I noted, wrinkled my nose at, and then moved on. By the time this review goes live, I will have already read The Ever After of Ella and Micha. And the novella concerning Lila and Ethan, (Lila and Ethan: Always and Forever) I’m all over it as well.

Email ThisBlogThis!Share to TwitterShare to FacebookShare to Pinterest
Labels: 4.5 Stars, Contemporary, Forever, Jessica Sorensen, NewAdult, The Secret, The Temptation of Lila and Ethan