Daughters of the Northern Shores - Review 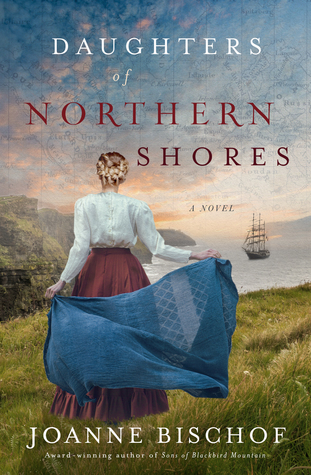 The way that Sons of Blackbird Mountain ended had me eagerly anticipating Daughters of the Northern Shores. I needed to know if, how, when Haakon could find redemption, and I was insanely curious if he would meet a woman who could show him that he isn't irredeemable. Well that's not really what happens in Daughters of the Northern Shores, and to be honest, Joanne Bischof did a much better job with her story of Haakon's road to redemption than I pictured. That being said, it was just a really different road than I expected.

One thing I wasn't expecting was for Daughters of the Northern Shores to once again focus on Thor and Aven. I was almost disappointed to find this to be the case. I wanted to read about Haakon on a boat and finding himself and falling in love. Thor and Aven already had that. So I actually put off reading Daughters of the Northern Shores because it wasn't what I had imagined it to be. It took me about 30% to really begin to connect to the characters and the new story. Because it took me so long to connect, I felt the beginning was really slow and I kept falling asleep when I'd start reading.

I already mentioned earlier than Joanne Bischof's way of crafting the story was much better than I pictured it going. Haakon needed to find his redemption apart from falling in love or at the very least not have it be a woman who showed him he was worthy. I don't know. I guess that's too easy, too cliche. And I'm thankful that Haakon had a chance to work out his past mistakes (horrible mistakes) with his family before moving forward with any sort of romance.

On the other hand, the readers aren't involved or able to experience the romance at all. Joanne Bischof wrote in such a way that all of that is avoided. And maybe one could argue that there really wasn't much romance. There was a kindness extended to Haakon that he came to realize he could return. Yet maybe the romance hasn't really even begun yet. I don't know. Honestly, I don't even know if there will be more books in the series, but I hope there will. And I hope it focuses more on Haakon and Kjersti.

-...cultivating worries would do no good.

-The Lord knew what He was doing upon the knitting of each and every soul...

-"Unlike forgiveness, trust be a cost only he can pay."