Waiting on The Raven Boys

At this point in my blogging life, I'm not up on the newest releases all of the time. I don't know before anyone else what new exciting books are coming up. However, there are a few books that I'm on the lookout for and a few authors that I will always be in the front of the line to get copies of their books. So that's my version of Waiting on Wednesday.

This week I've decided to feature a book that's set to release in early fall, because I'm a huge fan of the author. Check it out and see if you want to add it to the list of books you're waiting for and possibly your TBR list. 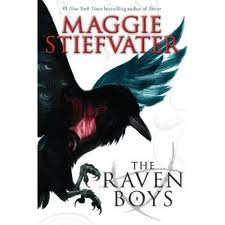 Goodreads description--"There are only two reasons a non-seer would see a spirit on St. Mark’s Eve,” Neeve said. “Either you’re his true love . . . or you killed him.”

Posted by Somewhere Only We Know at 6:48 AM