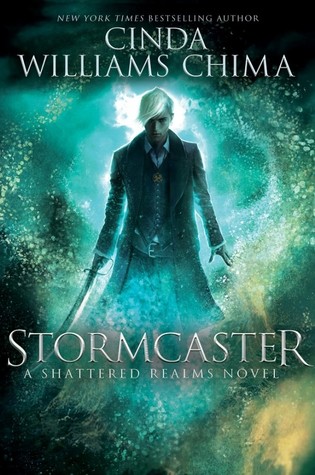 The empress in the east—the unspeakably cruel ruler whose power grew in Flamecaster and Shadowcaster—tightens her grip in this chilling third installment in the series.

Vagabond seafarer Evan Strangward can move the ocean and the wind, but his magical abilities seem paltry in comparison to Empress Celestine’s. As Celestine’s bloodsworn armies grow, Evan travels to the Fells to warn the queendom of her imminent invasion. If he can’t convince the Gray Wolf queen to take a stand, he knows that the Seven Realms will fall. Among the dead will be the one person Evan can’t stand to lose.

Meanwhile, the queen’s formidable daughter, Princess Alyssa ana’Raisa, is already a prisoner aboard the empress’s ship. Lyss may be the last remaining hope of bringing down the empress from within her own tightly controlled territory.

Multiple intricately interwoven storylines converge in this gripping novel about a brave, coordinated effort to undermine a horrific tyrant.