Top 10 Tuesday is a post hosted by The Broke and the Bookish and this week's topic is Childhood Character's I'd Like to Revisit as Adults.

Of course, I was supposed to pick ten books, but I just really had a hard time thinking of books that I'd read as a child and really feeling like there were many that I wanted to know more about. Without a doubt, I thought of this series and group of girls and I'd absolutely love an update on where they all ended up and how their lives are going as adults. 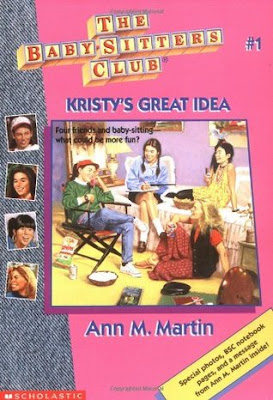 There were 7 main girls that I remember: Kristy, Claudia, Mary Anne, Stacey, Dawn, Mallory, and Jessi. I think as the series went on other members were added. Really I didn't read these books in any kind of order so I'm not 100% sure who was added when. But come on...don't you guys want to know more? For all I know the later books do cover these girls as adults, but I doubt it. Anyway...which childhood favorite characters do you want to see as adults? Let me know!