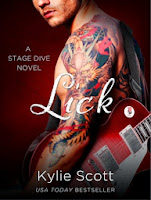 I have reviewed 9 books this month.
Above by Isla Morley
Just for Now (Sea Breeze, # 4) by Abbi Glines
Emma by Jane Austen
Dark Triump (His Fair Assassin, # 2) by Robin LaFevers
Barely Breathing (Breathing, # 2) by Rebecca Donovan
The Hunger Games (The Hunger Games, # 1) by Suzanne Collins (re-read)
The Perfect Game (The Perfect Game, # 1) by J Sterling
Nova and Quinton: No Regrets (Nova, # 3) by Jessica Sorensen
Matched (Matched, # 1) by Ally Condie

What about you? How was your month? Let me know!

Posted by Somewhere Only We Know at 6:32 PM 3 comments:

Email ThisBlogThis!Share to TwitterShare to FacebookShare to Pinterest
Labels: ArmchairBEA, end of the month, EOM, EOMWrapUp, May 2014, Monthly Wrap Up, WrapUp 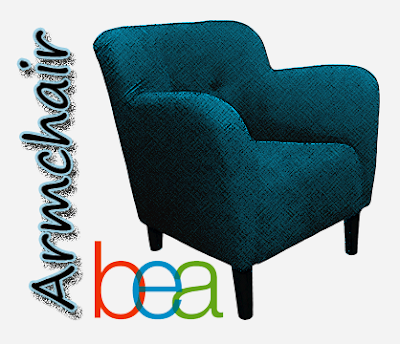 ArmchairBEA said: Our final genre of discussion is one that we know is a popular one these days: books for the younger crowd, from middle grade to young adult. If you do not normally talk about this genre on your site, maybe you want to feature books that you remember impacting you during this stage in your life. If this is where you tend to gravitate, maybe you want to list your favorites, make recommendations based on genres, or feature some titles that you are excited to read coming later this year.

So I don't read a lot of middle grade books now. I like the idea of middle grade. I probably just haven't been exposed to the right ones lately. I do have hopes to read more middle grade in the coming years, but I might just wait until I actually have kids and can read the same books as they do when they're reading them. For now, I'll give you a list of some of my favorite reads from that time in my life.

Little Sister series by Ann M Martin
Sarah, Plain and Tall by Patricia MacLachlan
James and the Giant Peach by Roald Dahl
How to Eat Fried Worms by Thomas Rockwell
Shiloh (Shiloh, # 1) by Phyllis Reynolds Naylor
Mrs. Frisby and the Rats of NIMH by Robert C O'Brien
Julie of the Wolves (Julie of the Wolves, # 1) by Jean Craighead George
Maniac Magee by Jerry Spinelli
From the Mixed Up Files of Mrs. Basil E. Frankweiler by E L Konigsburg
The Baby-Sitters Club by Ann M Martin
Angels Watching Over Me Trilogy by Lurlene McDaniel
Dawn Rochelle Series by Lurlene McDaniel
April Lancaster Series by Lurlene McDaniel
The Indian in the Cupboard (The Indian in the Cupboard, # 1) by Lynne Reid Banks
Bridge to Terabithia by Katherine Paterson
The Diary of a Young Girl by Anne Frank
Where the Red Fern Grows by Wilson Rawls
What We Did Last Summer (Love Stories for Young Adults, # 33) by Elizabeth Craft
I Do (Love Stories for Young Adults, # 35) by Elizabeth Chandler
Killing Mr. Griffin by Lois Duncan
Stranger with my Face by Lois Duncan

And here's some that might be too old for Middle Grade but on the younger side of Young Adult...

Carter Finally Gets It (Carter Finally Gets It, # 1) by Brent Crawford
Spellbinding by Maya Gold
The False Prince (The Ascendance Trilogy, # 1) by Jennifer A Nielsen
The Maze Runner (The Maze Runner, # 1) by James Dashner
Rockoholic by CJ Skuse
Infinity (The Chronicles of Nick, # 1) by Sherrilyn Kenyon
Dante's Girl (The Paradise Diaries, # 1) by Courtney Cole
Angel Eyes (Angel Eyes, # 1) by Shannon Dittemore
Sea Change by Aimee Friedman
Harry Potter by JK Rowling

Because I frequently read and review young adult books here on the blog, I won't go into all that now. What do you think? Got any middle grade suggestions for me that should be must reads? Let me know!

Posted by Somewhere Only We Know at 7:48 PM 6 comments: