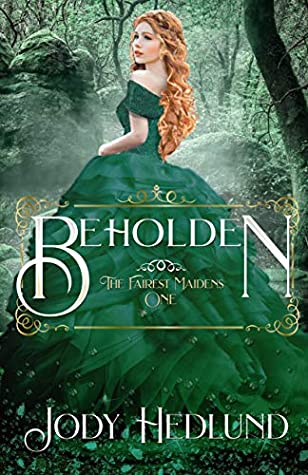 Goodreads description--In a land where being the fairest maiden is a curse . . .

A beautiful noblewoman with a terrible secret, and a prince subjected to slavery.

Upon the death of her wealthy father, Lady Gabriella is condemned to work in Warwick’s gem mine. As she struggles to survive the dangerous conditions, her kindness and beauty shine as brightly as the jewels the slaves excavate. While laboring, Gabriella plots how to avenge her father’s death and stop Queen Margery’s cruelty.

Prince Vilmar of Scania enslaves himself in Warwick’s gem mine as part of a royal test to prove himself the most worthy of three brothers to become the king’s successor. Amidst the hardships, he doesn’t anticipate his growing compassion for the other slaves, especially tenderhearted Gabriella.

As the annual summer ball looms nearer, Gabriella sets into motion her plan to end Queen Margery’s evil. When Vilmar learns of Gabriella’s intentions, he resolves to come to her aid and fight against Warwick’s queen. But doing so may require him to give up his chance of becoming Scania’s next king, perhaps even cost him his life.