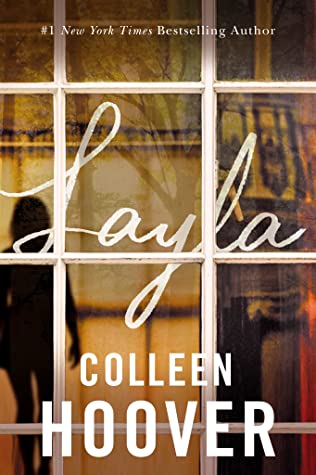 When Leeds meets Layla, he’s convinced he’ll spend the rest of his life with her—until an unexpected attack leaves Layla fighting for her life. After weeks in the hospital, Layla recovers physically, but the emotional and mental scarring has altered the woman Leeds fell in love with. In order to put their relationship back on track, Leeds whisks Layla away to the bed-and-breakfast where they first met. Once they arrive, Layla’s behavior takes a bizarre turn. And that’s just one of many inexplicable occurrences.

Feeling distant from Layla, Leeds soon finds solace in Willow—another guest of the B&B with whom he forms a connection through their shared concerns. As his curiosity for Willow grows, his decision to help her find answers puts him in direct conflict with Layla’s well-being. Leeds soon realizes he has to make a choice because he can’t help both of them. But if he makes the wrong choice, it could be detrimental for all of them.

Sigh. I hate to admit it. It's taken me a while to come to terms with this, but I think Colleen Hoover and I are growing apart. After 24 books, I am just not surprised anymore. I feel a little bit like I've figured her out...as an author anyway. Colleen Hoover told us a long time ago that she only ever plans to write "happily ever afters". And what I've learned is that she's all about the big reveal. The payoff. The end result. It's like "as long as the characters end up happy then the journey to get there isn't as important." And I say that because I've realized I often don't enjoy the journey all that much. I usually devour her books, but looking back that has been due to the terrible situations she puts her characters in that propel you to please! find some measure of peace in the end. One of the biggest telling factors for me is that other than her Slammed series (which is still my favorite), I have had zero desire to re-read any of her books. Now that I know how they've ended, the journey wasn't enjoyable enough for me to want to experience again. I realize not everyone will take issue with this. Maybe it's only the payoff or the end result that you read for, but it's not for me.

Leeds and Layla have a whirlwind relationship from their first meeting. They pretty much go from two separate beings to a couple instantly. They enter into a relationship where they don't even really leave each other's presence for like 2 months. The two survive a life-changing experience, and ever since things have been different. Layla is struggling and Leeds decides to take her back to the place they fell in love. All of this sounds good.

I knew Layla was categorized as a paranormal romance, and so I was constantly looking for where and when the paranormal would come into play. It took a while. And I don't think it's too much of a spoiler to admit that it came in the form of a ghost. The book isn't exactly divided into "then" and "now" segments but that's basically what's happening. Leeds has involved a detective to help this ghost and the book swaps back and forth between Leeds interacting with the detective and him telling the story of his and Layla's past and how they came upon this ghost that needs help. I often struggle with "then and now" books but the sections were mostly focused on the telling of their history that it didn't really feel disjointed to me. I didn't get annoyed because I wasn't exactly pulled out of the story for constant back and forth.

My biggest problem with Layla was the fact that Leeds continues to follow a path he knows is selfish and wrong. I highlighted numerous quotes where he notes this to be the case. I just cannot support characters who do this. And it's especially troubling when said characters don't have any real consequences for their selfishness and all seems to work out for them in the end. This touches on one of my deal-breaker topics (highlight for spoiler cheating). And so I was doubly annoyed when everything ties up in this nice pretty bow in the end.

I could tell there was supposed to be a giant twist in the end. Maybe about the 75-80% mark. But I figured it out around 60%. I don't mean that to sound arrogant. I don't mean it that way. I simply state it because I felt like it was further proof (to me) of how I feel like I understand Colleen Hoover as an author. Others might have figured it out even sooner. Some might have been continually guessing until the reveal. Neither way is wrong or bad and I often enjoy the experience even more if I'm NOT able to figure it out ahead of time.

Ultimately, Layla gets 3.5 Stars from me. It wasn't a bad book. I can see why others would rate it much higher. But for me, the characters following a selfish, wrong path purposefully, repeatedly choosing this path, sits so wrong with me that I couldn't enjoy the journey or the ultimate payoff like I would have liked. I truly am afraid that I'm growing away from Colleen Hoover. At this point, I'll probably still read her future books, but I certainly won't anticipate them with the same level nor will I expect as much from them as I have in the past. Have you read Layla? What did you think? Let me know!