Top 10 Tuesday is a post hosted by The Broke and the Bookish and this week's topic is Top Ten Books I Resolve to Read in 2013.

Well guys, as always this is hard for me. I don't like to narrow down my reading to much to a formula because I need to read as I'm in the mood. But...that being said, there are several books I plan to read this year.

1) The Power of a Praying Church by Stormie Omartian - I started this one sometime in 2012 and I'm determined to finish it this year.

2) Vanish by Sophie Jordan - Because I'm currently reading this one and see no reason why I won't be able to finish it.

3) Jane Eyre by Charlotte Bronte - Because I've started this one and intend to finish it this year to count toward my goal of 6 classics read in 2013.

4) The Fault in Our Stars by John Green - Because everyone raves about this book and I didn't get around to it in 2013. Plus it's going to be one of the ones I read for my Wish List Challenge.

5) The Power of Prayer to Change Your Marriage by Stormie Omartian - Also started this one in 2012 and just want/need to finish it. 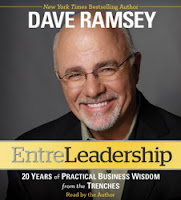 6) EntreLeadership by Dave Ramsey - Because my sister either gave this to me for Christmas 2011 or my birthday 2012, and either way I really need to get it read. Love me some Dave Ramsey.

7) Ten by Gretchen McNeil - Because this got a lot of hype last year and I want to see for myself. Plus I don't typically read a lot of thriller and want to branch out a bit.

9) A Feast for Crows by George R R Martin - Gotta stay on top of my A Song of Ice and Fire series! Can't read too many of these at a time because it takes a lot out of me, but one a year, maybe two...

10) Beautiful Chaos by Kami Garcia and Margaret Stohl - Even though I was unimpressed with book 2, I'm not read to give up on this series just yet. Plus I need to read this one for my Witches & Witchcraft Reading Challenge for this year.

So that's my wide variety of reads I'm resolving to read in 2013. What about you guys? Which books do you resolve to read for 2013?

Posted by Somewhere Only We Know at 9:44 AM