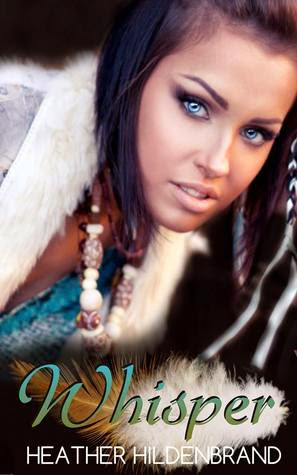 Goodreads description--The Cherokee believe when a person dies, their soul is reborn. Life is repeated. An endless cycle of lessons to be learned, love to be found, destiny to be fulfilled. For the past six months, in every flower, every bird, I’ve imagined my parents, relieved of their human forms.

Now, after five months at the Skye View Wellness Center, it was summer. A time for parties and friends, but that’s the last thing I want to do. So when my best friend Erin convinces me to attend a bonfire at Eagle Point, I can’t handle the crowd full of sympathetic stares or drunken class clowns who would use my tragedy as a way into my heart – or my pants. The solitude of the woods offers an escape, until I stumble upon a boy, unconscious and bleeding, his pockets stuffed not with identification but with poetry illustrating the beauty of dying. I’ve seen enough death. I will not leave this boy’s side.

Even after he wakes, when the only thing he can remember are visions of events that haven’t happened yet…

Whisper is one of those books that I was hesitant about requesting. I loved the idea of the Native American, Cherokee background involved in this story. And so I thought I would give it a shot. I do have to say that I struggled to connect in the beginning to Whisper. This year's worth of reading I've found myself a bit more cynical and easily annoyed (hormones perhaps?). While I sympathize with Whisper's devastation due to the death of her parents, I also had a hard time. I've gotten a bit annoyed with the main character who has suffered a major tragedy and therefore assumes the worst of everyone around them. Every comment made toward them that they believe is out of pity. Every look. How frustrated they can be with people who don't know how to respond to their grief. Whisper understands that people are usually trying to be kind, but she still responds negatively. I know that this is actually very true to life. I know a friend who lost a child and felt this exact way. She knew people had good intentions, but their words and actions still grated on her. But this was just hard to read and grated on my nerves instead.

Once Whisper actually comes across the guy in the woods, things started to get more interesting. Of course, a potential romance is always going to pique my interest. I wanted to know who had attacked this guy, when would he get his memories back, what would happen once he did get his memories back.

The writing style overall felt like it was lacking a level of maturity. I think that comes with being a less seasoned author. This also led to a level of cheesiness and predictability. At one point in my reading life, I loved books that involved some kind of supernatural connection between characters--past lives, imprinting, etc--but I've moved past that in my reading preferences and usually just find these types of connections a bit kooky. The major conflict, the villain, the climax...it all felt extremely predictable and caused me to roll my eyes a few times--especially after the 80% mark. Plus I've come to learn that one of my biggest pet peeves is when everything is tied up in the perfect little bow at the end of the book. It's one thing to have a happily ever after, but Whisper made sure even the smallest point of conflict was addressed and tied up nice and neat in the end. This was coupled with my other biggest pet peeve where the villain threatens bodily harm to someone else and our "hero" therefore sacrifices themselves in the dumbest ways.

-She watched me with something resembling pity. I knew it was probably kindness, but it was so easy to confuse the two; I couldn't tell the difference anymore and both made me uncomfortable.

-My mind constantly took people's comments and twisted them into an angry pity party. Logically, I knew the comments were well-meant, but some irrational part of my brain always wanted to turn them into something else. Something darker.

-"My soul would recognize you and wake me."

I started off struggling with Whisper. Once I finally connected I began to think that the book might not be so bad. However, ultimately it fell into some pitfalls that I really can't stand. Predictable in conflict and resolution, in the end, I think Whisper gets 2.5 Stars from me. Have you read Whisper? What did you think? Let me know!