An Engagement of Sorts - Review 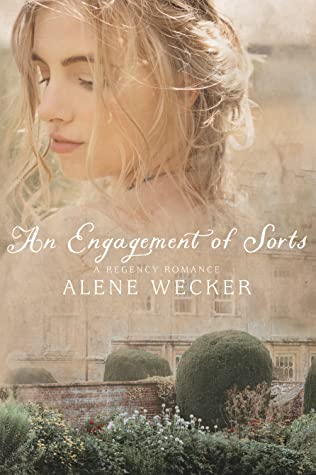 An Engagement of Sorts

Goodreads description--Much to her mother’s dismay, spirited Anne Fletcher spent her youth seeking her father’s approval by hunting and riding. More comfortable in breeches than ball gowns, Anne sees the freedoms she once enjoyed slowly taken from her in the name of fashioning her into an eligible young lady. When her parents try to force her into marriage, Anne makes a desperate attempt to salvage her last vestige of independence. If she is to marry, she will do so on her own terms.

Anne strikes a deal: if she cannot secure a man for herself, she will agree to marry the husband her parents approved. She soon finds herself in the last place she would ever choose—that stifling parade of etiquette, the London Season. Anne’s plan is in motion. Now all she needs is a man willing to masquerade as her fiancé.

The first note I made about An Engagement of Sorts was that the language used was unnatural. I told my husband that I felt like I was reading a dictionary in the beginning. Most of the words she used were ones that I knew but don't use in typical conversation. I'm sure Alene Wecker was trying to be historically accurate in her word choices, but for me, there needs to be a balance between historically accurate speech and modern day language. What I mean is that there's no need to write in thee, thou, thoust, thy, etc. In the same vein, Alene Wecker fell into the adverb trap that new authors often fall into.

Given that the language sometimes pulled me out of the story, I have to applaud Alene Wecker for writing characters that were so real they overcame these vocabulary struggles. Anne is unique. She struggles to curb her tongue. And I guess she is clumsy or doesn't think things through so she often finds herself in these situations that no one else would find themselves in. Because she's not what society says she should be or behave the way others would like, she finds herself excluded. Her mother treats her with disdain. But she's caught the eye of a couple of men. One is a predator. One is a vicar. And one has sworn himself against love.

Thomas can't help but be drawn to Anne. He loves the fiery spirit she has. And he finds that he enjoys fanning her flame. But he's determined not to fall in love. Yet, he wants to help her bring down the man who has tried to attack her and has threatened her friends and family. Even with writing off love, Thomas is a huge flirt. I think anyone can relate to finding themselves in love with someone who flirts so naturally that it is almost impossible to determine when they are specifically flirting with you for real, because they are interested, or because that's just their personality. My own past haunted me a little bit while reading about these two trying to find their way.

Even though I struggled with the language Alene Wecker used in the beginning, I did find some quote-worthy highlights. Here are my favorites:

-I had no desire to trade a mother who ruled over me until I reached my majority for a husband who would lord over me for life.

-“I do not want someone to love me against their better judgment.”

-“You are hardly old enough to know your own mind. How could I be expected to know it?” Listening to me would make a good start.

-“I imagine I would enjoy it more than an amputation of the foot but less than being drained dry by a score of leeches."

-No matter how wild the flower, it must rankle to be thus used and discarded. A wildflower is no plaything.”

-I had come to expect flippancy and outrageous flattery from him, which was as painless for him to deliver as it was for me to cast aside. But I could not laugh away the flattery of being heard. Of being seen. Of being thought of.

-The image of my favorite stuffed rabbit, which I had adored into oblivion, came to mind. It would lose its tail, the beans spilling out while I shrieked and cried. Nurse would fix it, and I would love it again until I loved it with too much vigor and a seam would rip.

-"You may have penned them, but they are my words now.”

An Engagement of Sorts ended up being such a pleasant experience once I got past the excessive adverbs and unnatural language in an attempt to be more historically accurate. Anne and Thomas came alive for me and I didn't want to put the book down when I needed to. I essentially read it in one day. I think almost everyone can relate to finding themselves in love with a flirt despite attempting to remain unaffected by the flattery of someone else. I would be interested in reading some books based off of some of the side characters if Alene Wecker ever chose to write them. An Engagement of Sorts gets 4 Stars despite the language used. Have you read An Engagement of Sorts? What did you think? Let me know!

I also love that she writes characters that are distantly related to her even if their stories aren't real.