Can't Wait for Edward and Amelia 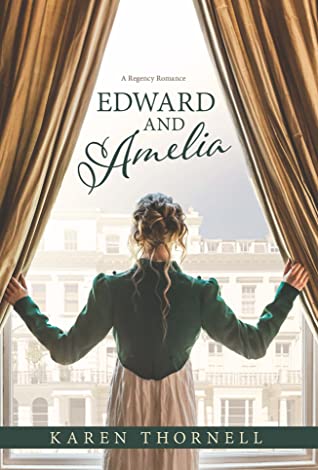 Goodreads description--The last thing Amelia Kennington wants is to participate in the London Season. But the daughter of a duke is not afforded such opinions. She must put forth a subdued facade, but beneath it is a well-hidden fire that surfaces only when provoked—such as when an overly familiar gentleman startles her and she falls into the Serpentine.

Edward Drayton, the Earl of Norwich, has gained a reputation as Society’s most decorated rake. And while there are benefits to such a reputation, it no longer gives him the satisfaction it once did. This Season, he plans to find a wife—except she seems to find him instead. And she is nothing like he expected.

Scandal is inevitable following Edward and Amelia’s ill-conceived meeting, forcing them to marry. Amelia’s disdain for this man she hardly knows is more than clear, and Edward’s pride is wounded before their marriage has even truly begun. Yet, against all odds, the two slowly let their guard down, discovering the truth of who they married. But when Society gossip, a sister’s jealousy, and long-held secrets threaten their budding relationship, the unlikely couple must determine if their unconventional love is strong enough to withstand the opposition they face.