The Natural History of Us - Review 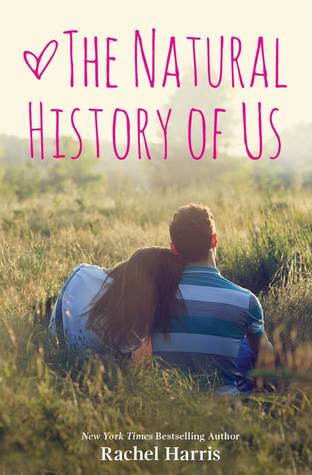 The Natural History of Us (The Fine Art of Pretending, # 2)

Goodreads description--One class assignment. One second chance at love. The school player is all in. Now he needs to win back the sweet commitment girl who's forever owned his heart.

Justin Carter has a secret. He's not the total player Fairfield Academy believes him to be. Not really. In fact, he used to be a one-woman guy...and his feelings for her never went away. Too bad he broke her heart three years ago and made sure to ruin any chance she'd ever forgive him.

Peyton Williams is a liar. She pretends to be whole, counting down the days until graduation and helping her parents at the family ranch. But the truth is, she's done everything she can to get over Justin, and salvation is just around the corner. With graduation one short month away, she'll soon break free from the painful memories and start her life fresh. Of course, she has to get through working with him on one last assignment first.

For Justin, nothing ever felt as right as being with Peyton, and now that fate's given him a shot at redemption, he's determined to make the most of it. And for Peyton...well, Justin Carter has always been her kryptonite

So I really should have at least re-read my review of The Fine Art of Pretending before reading The Natural History of Us. And that's because I didn't remember much about the first book except that I liked it. So that being said, I couldn't remember any of the characters from the first book and I think that would have added to my enjoyment about. Had I known that Justin was the guy who didn't get the girl from The Fine Art of Pretending I would have been even more excited about reading this one. As it was I was medium excited.

I started out kind of struggling with The Natural History of Us. I can't say that's fully this books fault so much as the book hangover I was dealing with from finishing Morning Star by Pierce Brown. That book was just so epic that anything that followed it just wouldn't be as good. I'd say that the first thing that bothered me about The Natural History of Us was the jumps in chronology. I'm not always a fan of "then" and "now" books. I get invested in one storyline only to get snatched out when things start getting good and thrown back into the other storyline. Granted the two are connected, but it left me in a near constant state of frustration. I got over this once the pace of events started picking up.

I also found Peyton to be a little immature. I'm not sure if that was Rachel Harris's writing or Peyton the character. Really I think it was a combination of the two. The phrasing Peyton would use just left me feeling like younger readers may be more suited for this book than me, yet due to some content I'm not sure younger readers would be who I'd recommend this to either. Some examples:

-Oh sure, I daydreamed about him grabbing me up in the cafeteria, unable to deny his feelings anymore, and kissing me senseless in front of God and everyone.

-What I didn't see were pictures of him with any girls. That made me stupid happy.

-In the hospital, I'd convinced myself I'd die a kiss-less virgin.

-The moment that would change me, take my kissing V-card.

-...because watching him with that adorable little boy made my cuteness-meter explode.

I just really prefer my characters and books to be on the more mature side of young adult than the other side of the scale.

On the other hand, Rachel Harris included a few phrases that I really respected. She mentioned and included God in a positive way. A short prayer for a successful day, a mention of the grace of God (even though slightly out of context), and mentioning God twice in her acknowledgements. God is usually left out of young adult books these days, or if He is included then it's in some negative connotation--like a character that doesn't believe in Him or blaming Him for things going wrong in their lives.

But don't be fooled. This isn't a "Christian book". For the characters to seem so immature, they sure did engage in some adult behavior--even in the "then" portions of the book when they're only 15 years old. Plus I was a little surprised at the amount of language in this book.

Email ThisBlogThis!Share to TwitterShare to FacebookShare to Pinterest
Labels: 3 Stars, Contemporary, Rachel Harris, The Fine Art of Pretending, The Natural History of Us, Young Adult