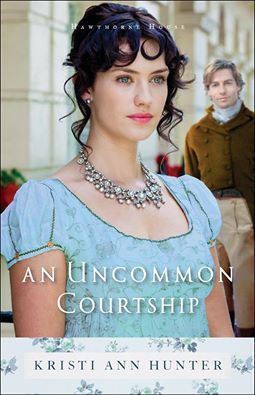 That description doesn't give you much to go on, does it? Here's what you need to know: Adelaide and Trent get literally stuck in a situation that causes them to spend the entire night together unchaperoned. As this is a potentially reputation ruining event, Trent does the honorable thing and proposes to Adelaide. Without much choice but to accept him, the two find themselves married when the book opens, but both are pretty much in shock. Trent's family is notorious for marrying for love rather than convenience or position, and he always imagined that when the time came he would do the same. But now it's done. He's married without the slightest feelings of affection toward his wife. Adelaide's parents have spent so much time and attention on their older daughter, Helena, that Adelaide was overlooked on almost every situation. She's never even had a Season in London. And now she's married without having any of the experiences of courting. Both are completely unhappy in their situation, and neither know how to fix it.

An Uncommon Courtship is told from both points of view. Adelaide is hopelessly naive and clumsy. As all of her mother's attention was spent on her older sister, Adelaide has no idea how to run a household, how to interact with her new husband, how to redecorate her new house, what is expected of her, how to be a lady...pretty much any of it. But she desperately wants to make her marriage work. Yet when Trent doesn't show up in her room on their wedding night or any night after she begins to despair that even their marriage won't even be a normal sham like so many who marry for position and convenience. She was easy to like as she tries so hard to be pleasing without having a clue how to be so.

I particularly liked that even though Adelaide wasn't in love with her husband, she still expected him to perform his husbandly physical duties. And when he didn't she found herself disappointed and relieved all at the same time. On the one hand, she doesn't want to be physical with him anymore than he appears to want to be with her, yet the rejection she feels at not even being found acceptable for this aspect of their marriage is one I appreciated. I don't particularly want to read about characters having a physical relationship just because they're expected to, yet I find it hard to believe that in the real world that wouldn't have been the case. So I accept this compromise.

Trent was slightly more of a struggle for me. Even though idealistically his desire to marry for love is commendable and should make him more likeable. Yet his actions in avoiding Adelaide and how he handles the early part of their marriage was a little frustrating. I wanted him to have a bit more fortitude I suppose. It felt like it took perhaps too much of the book for these two to even make the slightest progress in the right direction. And even closing in towards the end of the book I felt like they should have been further along.

I appreciated the many times where Trent sought out the Godly counsel of his older brother and friends. Yet I felt like it was a bit of a missed opportunity for Trent to maybe find his solutions through his own study of the Word. And because most of the Biblical parts of this book came from his friends, I can see where some readers might find those friends a bit "preachy." As a Christian myself, it didn't bother me too much though.

-"They're lovely." Adelaide pushed the stack of cards back at him. "When you have a wife, I'm sure she'll be happy to use them."

-How was it that all of these women were more clever with words than she would ever be? She struggled just to say what she meant, never mind layering it into a conversation in such a way that it either portrayed an unsaid second meaning or unearthed answers no one was willing to ask for.