The Truth About Letting Go - Review 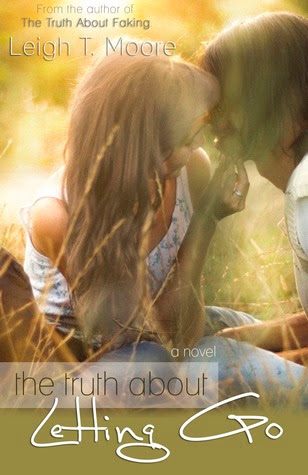 The Truth About Letting Go

Goodreads description--Ashley Lockett has always followed the rules. She's always done the right thing and played it safe until her ideal life is shattered when her dad dies suddenly.

Fueled by anger and grief, she vows to do everything opposite of how she lived before. Then she meets Jordan. He has big dreams, he's had a crush on Ashley for years, and he's a great kisser. But he's also safe.

Enter Colt. He is not safe, and he's more than willing to help Ashley fulfill her vow.

Truth be told, I can't say that I really liked any of these characters. Colt has to be one of the rare situations where I wasn't rooting for the bad boy. Ashley's best friend Mandy is just AWFUL. Like as in, I hated her, awful! I wanted to be sympathetic towards several of the characters, Ashley herself, her mom, and even Courtney, but I just couldn't get past how awful they were behaving. I mean their actions made logical sense as in I understood why they would think and feel what they thought and felt, but I just couldn't really like any of them. Jordan was the only character I actually liked. Go figure.

I understand that death is one of the hardest things for those of us left living have to deal with. And it's true, I haven't lost anyone super close to me, especially nothing like a parent, but Ashley's coping was all sorts of annoying. She of course blames God for taking her dad, for not answering her prayers with a "yes" ("no" is an answer too people--sorry pet peeve of mine), and for not being someone physical that she has undeniable proof exists. Therefore as soon as her dad dies, she decides that she no longer believes in God--typical. She also decides that now is the perfect time to honor her dad by turning into a hoodlam and near-slut. I know she wasn't actually thinking about honoring her dad. Truly she was only thinking about not feeling his death and his absence. But ugh if that wasn't frustrating to experience with her.

Ashley does come to learn that she's been so focused upon herself, her life, her feelings that she's been blind to the thought, feelings, and lives of others. I think this is a huge lesson that we all need to learn. After all we are the center of our own universes. Ashley does grow in this area that's a redeeming quality that this book really needed.

Despite how negative my review feels to me, I didn't hate the book. I was frustrated with the characters, but it was an entertaining and fairly quick read. I'm giving The Truth About Letting Go 3 Stars. Have you read this one? What did you think? Let me know!

Email ThisBlogThis!Share to TwitterShare to FacebookShare to Pinterest
Labels: Contemporary, Leigh Talbert Moore, The Truth About Letting Go, YA