He Belongs With Me - Review 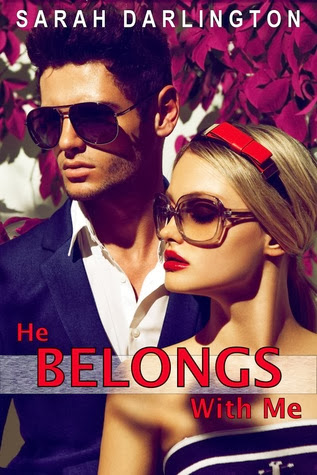 He Belongs With Me

Identical twins, Maggie and Clara Ryder, both grew up with Leo Maddox, billionaire playboy, apparent alcoholic, and heir to his grandfather's world-famous Maddox hotel empire. Their roles were cemented long ago: Maggie, as his best friend and Clara as his childhood nemesis.

But when a simple twist of fate changes everything and both girls start to fall for the lean, mean, ridiculously sexy and seemingly spoiled Leo... which girl will win his heart?

Throw in a little mischief, drama, and one smoking-hot bartender and lines are sure to blur. But one thing's for certain, neither good-girl Maggie nor rebellious Clara will be satisfied until they each figure out where they belong.

*NEW ADULT ROMANCE. Recommended for 17+ due to sexual situations and adult language.

Sometimes you just never know what you’re going to get when an author contacts you about reading and reviewing their book. I’ve both been pleasantly surprised and extremely let down in the past. That’s compounded when I can’t get much information on the book via Goodreads because it hasn’t been reviewed very much. I try to never read reviews of books that I’m planning to read, but I will skim the ratings to try to get a feel for others' reactions. The description for He Belongs with Me had me intrigued, but the way Sarah Darlington marketed this book to me is what sold me. She answered all of the questions that I had without giving me too much detail, and that was ultimately the tipping point for me letting her know that I was interested in reading and reviewing He Belongs with Me, which is her debut novel.

He Belongs With Me stars identical twin sisters as the description states. Maggie has been deemed “the good twin” and has a close relationship with her father and long ago became best friends with Leo. Clara on the other hand was deemed “the reckless twin” and feels cut off from her father, from her sister, and from Leo who she grew up watching be friends with her twin sister. I immediately connected with Clara. It wasn’t that I felt like we were similar or anything like that, I just felt kind of sorry for her. She’s misguided a bit, impulsive, given to running from her problems rather than standing up to facing them, but the way everyone else seems to think about her had me backing her team. Maggie on the other hand had me curling my nose up most of the time. Maggie’s concerned with outward appearances. She’s been popular most of her life but has few really close friends. Yet it was the way that she talked about Clara both in her own head, out loud to other people, and to Clara herself that kept me from connecting with her. While both twins narrate and both have their own stories unfolding and developing, I felt like the majority of He Belongs With Me revolves around Clara. And that I was just fine with.

The secondary characters were fleshed out pretty well, specifically Leo and Dean. Leo grew up with both Maggie and Clara. As the description says, he became Maggie’s best friend and Clara’s nemesis. It was always crystal clear which of the twins Leo had his heart set on, and I love that he didn’t waver from that decision at any point. Dean is a bit more of a mystery, and I don’t want to spoil any of his story in my review. Maggie and Clara’s father is pretty present. Their mother passed away when they were younger. Clara’s best friend Stephany was a nice edition that smoothed out some of Clara’s rougher edges. And Anita did the same for Maggie.

Ultimately because Sarah Darlington’s pitch is what won me over, I want to share with you guys what she shared with me.

He Belongs with Me was a little “pretty” in the dialogue, conflict, and conclusion, but I feel like Sarah Darlington shows a lot of promise as a new author. I think with every book she’s able to write she’ll probably be able to dig deeper, polish her narrative, and spit out some really quality work. That being said, I did have a few minor critiques with the dialogue, conflict, and conclusion that I mentioned, but I’d still give He Belongs with Me 3.5 Stars. I look forward to seeing more to come from Sarah Darlington and would recommend this to readers who are looking for a quick book they can get into with two happily-ever-afters. Have you read He Belongs with Me? What did you think? Let me know!

Email ThisBlogThis!Share to TwitterShare to FacebookShare to Pinterest
Labels: 3.5 Stars, Contemporary, He Belongs with Me, NewAdult, Sarah Darlington