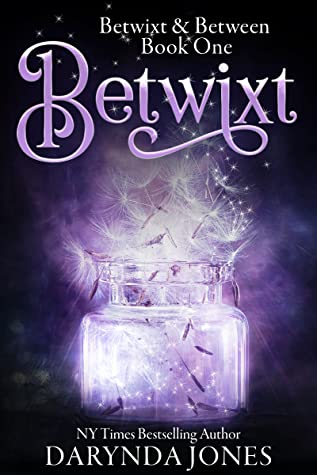 Betwixt (Betwixt and Between, # 1)

*Note: The above links to Amazon and Book Depository are affiliate link. Affiliate links support giveaways for Somewhere Only We Know readers.

Goodreads description--A Paranormal Women's Fiction with a bit of class, and a lot of sass, for anyone who feels like age is just a number!

Divorced, desperate, and destitute, former restaurateur Defiance Dayne finds out she has been bequeathed a house by a complete stranger. She is surprised, to say the least, and her curiosity gets the better of her. She leaves her beloved Phoenix and heads to one of the most infamous towns in America: Salem, Massachusetts.

She’s only there to find out why a woman she’s never met would leave her a house. A veritable castle that has seen better days. She couldn’t possibly accept it, but the lawyer assigned to the case practically begs her to take it off her hands, mostly because she’s scared of it. The house. The inanimate structure that, as far as Dephne can tell, has never hurt a fly.

Though it does come with some baggage. A pesky neighbor who wants her gone. A scruffy cat who’s a bit of a jerk. And a handyman bathed in ink who could moonlight as a supermodel for GQ.

She decides to give it three days, and not because of the model. She feels at home in Salem. Safe. But even that comes to a screeching halt when people begin knocking on her door day and night, begging for her help to locate their lost objects.

Come to find out, they think she’s a witch. And after a few mysterious mishaps, Dephne is beginning to wonder if they’re right.

Defiance inherits a house from a now-dead relative she wasn't even aware she had given that she was adopted at the age of 3. Reactions to the house by the locals are mixed. Some seem terrified of the house and others seem to adore both it and the previous owner. She learns that the owner was her grandmother who seems to have possessed a supernatural talent for finding things or people. But since her recent divorce, Defiance has very little to her name. So she makes every effort to be able to stay at this new house and start a new life in Salem.

Defiance learns that her grandmother was a witch and the same blood flows in her veins. The only problem is that Defiance doesn't know how to access the abilities that her grandmother did. So this is where a little of my frustration came into play. Betwixt ended up being one of those books where the main character was left out of the loop and the other, more knowledgeable characters were hesitant and slow to share any information. This frustrated Defiance, but it also frustrates me as the reader. I felt like a large part of the book was Defiance being prompted to hurriedly learn how to create a spell of protection around herself yet constantly interrupting to ask questions. Although an information dump isn't the most fun to read, perhaps it would have been better than the back and forth, stop and start, of Defiance's progress in learning about her past and her abilities. Also, I found it odd that her identity was supposed to be a secret due to the danger she was in, yet all of her neighbors knew who she was. Her grandmother had apparently been bragging about her talent. This just felt at odds to me with the need for her to hide herself and her abilities.

Betwixt makes for my 3rd Darynda Jones series. Granted I've only read the entire Charley Davidson series and just the first book in the Sunshine Vicram series. Her characters and series share a lot of similarities throughout as far as I can tell. But honestly, I didn't mind too much. There were enough differences for me to appreciate each for being different. And the things that are repeats are things that worked well in her other books. I wouldn't mind a little more variety, but I'm not writing her off as a bad writer or lazy because of the similarities. At least not yet.

Speaking of similarities, Roane has a very Reyes vibe to him. He's not quite the son of Satan, but he has had a tragic past, and he and Defiance hit things off rather quickly. He's likable and I'm interested in knowing more about him for sure. As I am Ink.

I do like that Darynda Jones does such a great job writing best friend relationships. I think everyone can wish they had a Cookie or an Annette in their lives (if they don't).

Betwixt falls in with what I've come to expect from Darynda Jones. There are quite a lot of similarities between this book and her others in characters and plot, but honestly, I didn't mind. I need to know more about Defiance, her grandmother, her past, Roane, and Annette. And especially after that ending. I'll be picking up Bewitched as soon as it releases. Betwixt gets 4 Stars. Have you read Betwixt? What did you think? Let me know!