Can't Wait for Sword of Rage 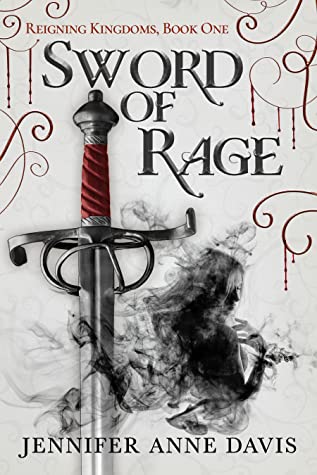 When Harley receives an invitation to the royal castle for her cousin’s birthday, she’s elated at the offer. As the queen’s niece, she’s expected to make an appearance, but this will also be her first time attending a formal function as a married woman. However, what starts as an elegant party quickly turns into a nightmare. One that flips Harley’s world upside down.

Ackley’s mission should have been simple—arrive in Melenia, submerse himself in battle, and retake the kingdom for his sister’s newly betrothed, the rightful king. Instead, he finds the land ravaged and a young woman who could be the key to his undoing. When forced to choose between family, honor, and love, he realizes all of his years training to be an assassin, knight, and prince never prepared him for this. Ackley always thought he’d die by the sword. But what he never realized was love could be the most dangerous weapon of all.

This is the first book in a new series by Jennifer Anne Davis. Filled with romance, battles, and espionage, this book will immerse you into the world of her previous books like you’ve never before imagined!