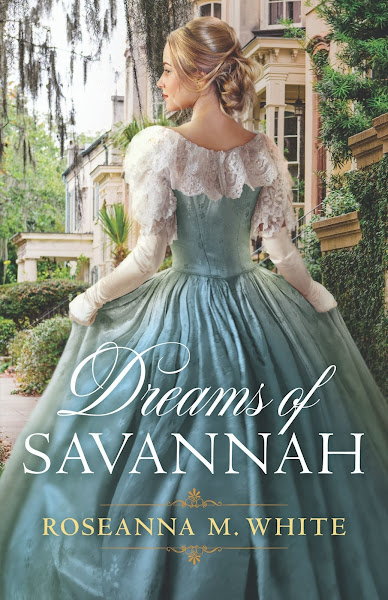 Goodreads description--Cordelia Owens can weave a hopeful dream around anything and is well used to winning the hearts of everyone in Savannah with her whimsy. Even when she receives word that her sweetheart has been lost during a raid on a Yankee vessel, she clings to hope and comes up with many a romantic tale of his eventual homecoming to reassure his mother and sister.

But Phineas Dunn finds nothing redemptive in the first horrors of war. Struggling for months to make it home alive, he returns to Savannah injured and cynical, and all too sure that he is not the hero Cordelia seems determined to make him. Matters of black and white don't seem so simple anymore to Phin, and despite her best efforts, Delia's smiles can't erase all the complications in his life. And when Fort Pulaski falls and the future wavers, they both must decide where the dreams of a new America will take them, and if they will go together.

Normally, I avoid books set during the Civil War like the plague. We have enough racial divide still in our world, and it seemed like 2020 was especially filled with racial strife. And since I read to escape a lot of times, I don't enjoy books that focus so much on subjects like this. Somehow I missed that this would be such a prominent topic when I was deciding to request Dreams of Savannah. Maybe I was sidetracked by the fact that Roseanna M White is the author and I just finished her Codebreakers series.

Dreams of Savannah had a slow start for me. I prefer books that are driven by relationships and romance. And considering Phin and Delia were apart for the first 50% of this book, I feel like the plot was the main driving force. Plot-driven books aren't always bad, they're just not my favorites usually. And so I struggled through the beginning and didn't have trouble putting this book down up until the 50% mark. From there I read much faster even though, the characters were still often apart.

There is much to say about the plot, but I find that I don't want to discuss it. For the most part, I don't want to spoil anything for potential readers. But I will say that I always appreciate it when authors do a good job showing that all of us humans are simply varying shades of grey. None of us are 100% good and rarely are we 100% bad. And yes even in a war that seems to have such an obvious moral issue at its core, there are still good people and bad people on both sides.

-She might miss him, and in that way not want him to go— which was fine by him. But she’d have no use for a man not willing to fight for his country.

-“Sarcasm doesn’t become you, Luth.” “Nonsense. It and I are the dearest of friends.”

-"I see now that faith is more than the church to which one belongs.”

-“I will never understand you, Cordelia Penelope Owens. But somehow . . . somehow, despite that, I think perhaps you are the best of us.”

Dreams of Savannah wasn't exactly what I expected it to be. I found the first half of the book to be quite slow because so much of it was about setting up the plot. I prefer books driven by the characters' relationships, but since the main two characters were apart for this entire part of the book, I struggled to keep moving forward. The last half went much quicker. Either way, I feel, for my reading preferences, Dreams of Savannah gets 3 Stars. Have you read Dreams of Savannah? What did you think? Let me know!