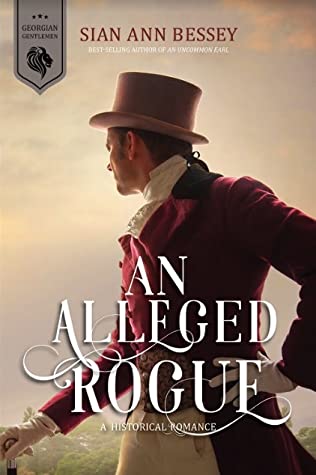 Goodreads description--Lord Adam Dunsbourne is a tyrant. At least, that’s what everyone says. The tales are shocking: accounts of a man who gambled away the family fortune and keeps his younger sister, Emily, captive in their home at Dunsbourne Manor. So when Adam and his sister make an unexpected appearance at a dinner party, the scandalized whispers cannot be contained. New to the town, Phoebe Hadford hears the condemning rumors and determines to do all she can to help the baron’s oppressed sister. Upon entering Dunsbourne Manor, however, she quickly discovers that all is not what she has been led to believe.

Adam, unsure of whether he can trust the intentions of his beautiful neighbor, is quickly drawn in by Phoebe’s genuine nature. But even as Adam and Phoebe’s connection deepens, a dangerous enemy from Adam’s past reemerges. For years, Adam has hunted for the man who betrayed him, not realizing he had only to wait. His foe has returned, and this time, he will threaten everything Adam cherishes most—including the woman he loves.

Whether I end up enjoying these books as much as I would like or not largely depends on whether the mystery takes over the story and is the focus or if the relationship is. I found that An Alleged Rogue was a good mix of both. I almost didn't make it past the very beginning since the villain narrates, and this tends to be a pet peeve of mine. But his narrations were usually short and the author moved on to the main characters very quickly each time. So I was able to get back into the flow without feeling too jarred.

Another pet peeve of mine is dialect. I do not like to get pulled out of the story over trying to read in a specific dialect. In this case, I suppose I am familiar enough with the dialect used that I didn't slow down because of its use. However, as a general rule, I prefer to avoid these.

Adam was easy to root for. He is working as hard as possible to save his family from financial ruin. He isn't afraid of doing manual labor. And he loves his sister quite fiercely. After being thrust into his responsibilities when his father died, he has neglected Emily's social needs basically because he was in survival mode. Emily didn't seem to mind. But now she is of the age where she needs to embark upon society if she is ever going to have a London season. So he sets about that course of action and kind of stumbles his way through.

Phoebe is all goodness. She cannot but help to assist Emily in her social needs. She befriends her as well as helps guide her through her needs for society such as learning a new dance and having some newer, more modern dresses designed for her. Phoebe's friendship with Emily opens her eyes to the unfair gossip about Adam and she begins to learn of his true character.

Of course, there is the "mystery" or I guess maybe it's not even that. Maybe it's suspense. I'm not sure. But I was on pins and needles during the height of this aspect of the story. I never doubted that the book would have a happy ending, but my goodness, this author had me feeling for Adam so much I could have cried. (I didn't.)

Even though I prefer to stick to stories that don't have this aspect of mystery/suspense to them, I find that An Alleged Rogue was a good mix for me. The relationship-building between Adam and Phoebe is still what drove the rest of the story for me. An Alleged Rogue gets 4 Stars. Have you read An Alleged Rogue? What did you think? Let me know!