From NetGalley for review... 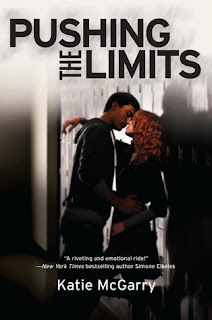 Goodreads description--"I won't tell anyone, Echo. I promise." Noah tucked a curl behind my ear. It had been so long since someone touched me like he did. Why did it have to be Noah Hutchins? His dark brown eyes shifted to my covered arms. "You didn't do that-did you? It was done to you?" No one ever asked that question. They stared. They whispered. They laughed. But they never asked.

"An edgy romance that pulls you in and never lets go. I was hooked!"-Gena Showalter, New York Times bestselling author of the Intertwined series

So wrong for each other...and yet so right.

No one knows what happened the night Echo Emerson went from popular girl with jock boyfriend to gossiped-about outsider with "freaky" scars on her arms. Even Echo can't remember the whole truth of that horrible night. All she knows is that she wants everything to go back to normal. But when Noah Hutchins, the smoking-hot, girl-using loner in the black leather jacket, explodes into her life with his tough attitude and surprising understanding, Echo's world shifts in ways she could never have imagined. They should have nothing in common. And with the secrets they both keep, being together is pretty much impossible. Yet the crazy attraction between them refuses to go away. And Echo has to ask herself just how far they can push the limits and what she'll risk for the one guy who might teach her how to love again. 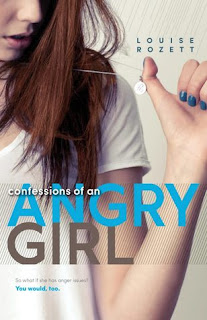 Confessions of an Angry Girl

Goodreads description--Rose Zarelli, self-proclaimed word geek and angry girl, has some CONFESSIONS to make... #1: I'm livid all the time. Why? My dad died. My mom barely talks. My brother abandoned us. I think I'm allowed to be irate, don't you?

#2: I make people furious regularly. Want an example? I kissed Jamie Forta, a badass guy who "might" be dating a cheerleader. She is now enraged and out for blood. Mine.

#3: High school might as well be Mars. My best friend has been replaced by an alien, and I see red all the time. (Mars is red and "seeing red" means being angry-get it?)

(Don't know what they mean? Look them up yourself.) (Sorry. That was rude.) 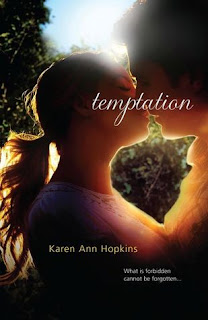 Goodreads description--Your heart misleads you. That's what my friends and family say. But I love Noah. And he loves me. We met and fell in love in the sleepy farming community of Meadowview, while we rode our horses together through the grassy fields and in those moments in each other's arms. It should be ROSE & NOAH forever, easy. But it won't be. Because he's Amish. And I'm not.

When I saw Wilde's Army, I wasn't sure I wanted to pick it up because I only gave the first book, Wilde's Fire, 3 stars, but you know me, I have a hard time quitting midseries. So I thought I would give book 2 a chance before making a final judgment. 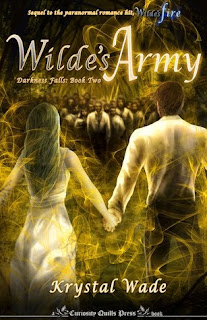 Those two words spark fear in Katriona Wilde and give way to an unlikely partnership with Perth, the man she’s been traded to marry for a favor. Saving her true love and protector Arland, her family, and their soldiers keeps her motivated, but the at-odds duo soon realizes trust is something that comes and goes with each breath of Encardia’s rotting, stagnant air. The moment when concern for her missing sister spirals out of control, all thoughts of trust are pushed aside and she finds herself trapped by the daemon tricks Perth warned her of.

However, rescuing those she loves is only half the problem.

Kate still must get to Willow Falls, unite her clashing people, and form an army prepared to fight in order to defeat Darkness. When so many she’s grown fond of die along the journey, her ability to play by the gods’ rules is tested.

How will she make allies when the world appears stacked against her? And will she still be Katriona Wilde, the girl with fire? 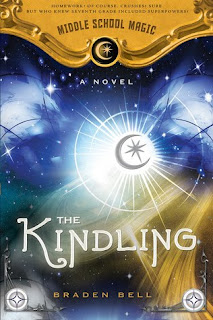 Goodreads description--All thirteen-year-old Conner Dell wants to do is pass pre-algebra, play lacrosse, and possibly kiss Melanie Stephens. He didn’t mean to set anyone’s gym shorts on fire or make school lunches explode. But now that the strange powers inside him have been ignited, Conner’s normal teenage life is about to go up in flames!

This fast-paced novel is non-stop fun for kids and parents alike. With characters you can’t help but root for, a plot that keeps you guessing, and plenty of humor, it’s a guaranteed thrill ride from cover to cover! 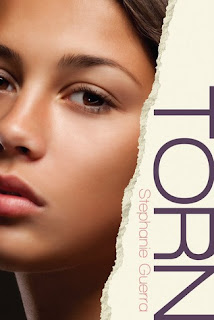 Published: May 15th 2012 by Marshall Cavendish

Goodreads description--Stella Chavez is your classic good girl: straight As, clean-cut boyfriends, and soccer trophies . You’d never guess that Stella’s dad was a drug addict who walked out when she was a kid. Or that inside, Stella wishes for something more.

New girl Ruby Caroline seems like Stella’s polar opposite: cursing, smoking, and teetering in sky-high heels . But with Ruby, Stella gets a taste of another world—a world in which parents act like roommates, college men are way more interesting than high school boys, and there is nothing that shouldn’t be tried once.

It’s not long before Stella finds herself torn: between the best friend she’s ever had and the friends she’s known forever, between her family and her own independence, between who she was and who she wants to be.

But Ruby has a darker side, a side she doesn’t show anyone—not even Stella. As Stella watches her friend slowly unravel, she will have to search deep inside herself for the strength to be a true friend, even if it means committing the ultimate betrayal. 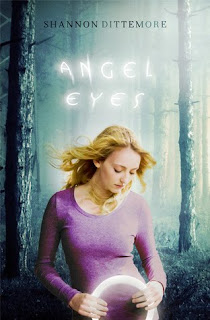 And this week, I received my first ever request from an author to review his book. YAY!!! Thank you Jazon Dion Fletcher. 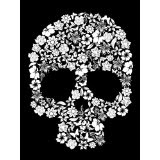 Amazon description--Skull Flowers is the story of Alexis, her robot 808, and her bumbling friend Officer Whistle Britches as they set off on an adventure to find out who and what was behind the assassination of her father Governor Champagne. Along the way they encounter many villains including Special Agent Scarzensky, Mistress LaReaux, and Dr. Necropolis and explore many strange places including the Death Factory owned by Controlled Substances Inc., the polluted bayou along Fiddlers Creek, and the Pyramid ov tha Priestess ov Mars. In her journey she is aided by her mentor Professor Proxy, her pirate friend Junebug, and his girlfriend Minx. Where the stars will shine eternal, where the sky it never ends, where all will ride eternal, where the moonlight shall attend, amongst the riots and make believe.

Also, I was one of many people to win one of the giveaways during Armchair BEA a couple of weeks ago, and I received my prize this week. 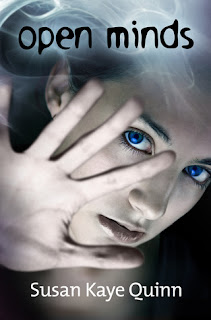 Goodreads description--When everyone reads minds, a secret is a dangerous thing to keep.

Sixteen-year-old Kira Moore is a zero, someone who can’t read thoughts or be read by others. Zeros are outcasts who can’t be trusted, leaving her no chance with Raf, a regular mindreader and the best friend she secretly loves. When she accidentally controls Raf’s mind and nearly kills him, Kira tries to hide her frightening new ability from her family and an increasingly suspicious Raf. But lies tangle around her, and she’s dragged deep into a hidden world of mindjackers, where having to mind control everyone she loves is just the beginning of the deadly choices before her.

This has by far been my biggest week in the blogging world. I'll be doing a separate post in a few to recap it. But in the meantime, what did you guys get in your mailboxes this week? Let me know!

Posted by Somewhere Only We Know at 8:51 AM