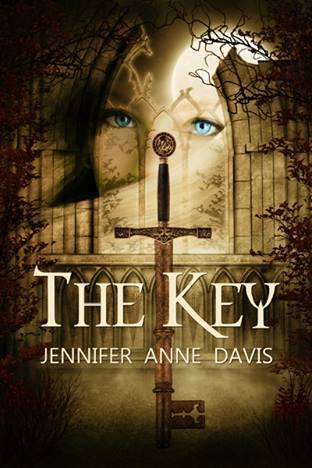 Source: Borrowed from my sister-in-law Holly

Goodreads description--Within these pages lie kingdoms with castles and princes who fall in love with fair maidens, but make no mistake−this is no fairytale.

His father’s kingdom is on the brink of upheaval and at the center of it all is an ordinary girl who could be the key to its undoing. When faced with the ultimate choice, will he choose the girl he’s falling in love with or the kingdom he has sworn to protect?

An ordinary girl with an extraordinary past. All she wants is to be free. What she doesn’t realize is that freedom comes with a price she can’t afford to pay. She’s forced to accept the proposal of a prince she despises, even though her heart belongs to someone else . . . his brother.

Seventeen-year-old Rema lives in a brutal kingdom where travel between regions is forbidden, people are starving, and looking at someone the wrong way can mean death. Nineteen-year-old Darmik is the king’s son and Commander of the King’s Army. He spends his days roving the island, doing his father’s bidding and trying to maintain control over the people.

When a chance encounter throws Rema and Darmik together, they share an instantaneous connection, but any sort of relationship between them is strictly forbidden. Darmik’s brother, the Crown Prince, notices Darmik’s interest in Rema and, in a calculated, political move, blackmails her. Faced with an impossible choice, Rema is forced to sacrifice her heart in order to save her family.

As Rema is taken to the palace with the Crown Prince, Darmik confronts the growing rumor that a legitimate blood heir to the throne exists and is trying to overthrow Darmik’s family. In Darmik’s quest to hunt down and kill the threat, he discovers that nothing is as it seems. Locked in the king’s castle, Rema finds herself a key player in a massive power struggle. When Darmik shows up, she’s not sure if she can trust him. The line between friends, enemies, and loyalty becomes blurred. As truths are unlocked, Rema understands that she just might be the key to finding the rightful heir and restoring peace to the kingdom… if she can manage to stay alive long enough.

That was quite the lengthy description. I don’t want to repeat it, but here’s what you need to know. Rema has grown up living with her aunt and uncle—a horse merchant. She’s living an ordinary life, but she dreams of being able to travel the kingdom. Problem is…traveling from province the province is illegal. Oh and Rema is now of marrying age and securing a marriage contract is always important. *Darmik is not just one of the crowned princes, but he is also the commander of the king’s army. As the description says, Darmik and Rema have a chance meeting and a connection begins to form. Don’t worry—there’s no insta-love here. Unfortunately, Darmik’s older brother, Lennek, is determined to ruin any good thing that his brother has. And when he notices Darmik’s interest in Rema, Lennek decides to intervene. Rema is forced into going to the castle as Lennek’s guest and basically held hostage there as a political pawn.

The Key is told between two POVs—Rema and Darmik. For a decent section of the book these two characters don’t even have anything to do with each other. Darmik is off tending to duties required of him as commander of the army—specifically trying to stem the unease of the people and the rioting and rumors starting to spread turmoil all over the kingdom. And Rema is blackmailed by Lennek and forced on her journey to the castle. I liked how this happened because even though I knew the characters would have to come back together, Jennifer Anne Davis delayed my gratification in a way that didn’t make me frustrated but instead kept me happily anticipating what was to come.

Politics and the kingdom’s history play a large role in The Key. I think Jennifer Anne Davis did a great job of providing a rich and exciting history for the kingdom without drowning the story in the political aspects that I normally dread. Taxation and the treatment of the people were paramount to the story and what’s happening with the kingdom while not being the focus of the story. Darmik is intimately aware of the precarious state of the people and their attitude toward the royal family, but his father, the king, and his brother, the future king, remain ignorant in their castle away from anything unpleasant. Along with the politics, the dynamics between dueling brothers was interesting. Where Darmik seeks to protect his family and the kingdom, Lennek is only intent on seeing to Darmik’s unhappiness and failure. Lennek being the heir to the throne and their father’s favorite adds to the dynamic.

There is one thing that I don’t want to spoil for you in my review but is central to the story and I feel like I can’t really discuss things without touching on it. Yet I won’t. I will say that it’s almost frustrating though because the reader discovers this truth very early on and the characters do not. So while it didn’t annoy me when I was reading it for the characters not to know, it is kind of annoying to me now because I can’t discuss it with you. I also had to roll my eyes slightly at the tactic used to blackmail Rema by Lennek and Rema’s reaction. It was very typical villain/heroine behavior.

I picked up The Key because Holly gave it 5 Stars and then another friend of ours, Lacy, read it in no time. I knew that if two of my fellow real life readers enjoyed it so much then chances were good that I would too. And with September wrapping up quickly (or it was at the time of this writing), I needed to knock out as much reading as possible. I got hooked into both the characters and the story. I couldn’t put this book down. Well I read 10% right before bed one night, but the next day I finished it in one sitting (and then continued to read 80% in the 2nd book without stopping). Even the things that “bothered” me weren’t a big deal at all. The Key easily gets 4 Stars from me. This is a series that I think deserves more love. Oh and be prepared, The Key ends in a cliffhanger. You'll definitely want book 2, Red handy to pick up as soon as you finish The Key. Have you read The Key? What did you think? Let me know!

*You guys ever read too quickly and end up mispronouncing a name or word and from then on out you find that you can’t correct it? I initially read “Darmik” as “Damrik” and could NOT for the life of me remember his correct name. Damrik sounds much better doesn’t it?