The House at the End of the Moor - Review 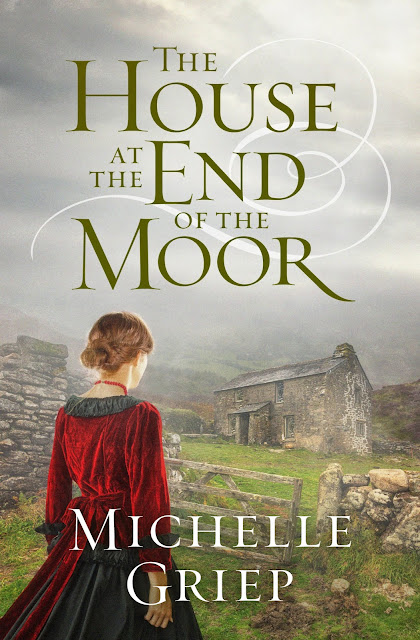 The House at the End of the Moor

Goodreads description--What Can a London Opera Star and an Escaped Dartmoor Prisoner Have in Common?

Opera star Maggie Lee escapes her opulent lifestyle when threatened by a powerful politician who aims to ruin her life. She runs off to the wilds of the moors to live in anonymity. All that changes the day she discovers a half-dead man near her house. Escaped convict Oliver Ward is on the run to prove his innocence, until he gets hurt and is taken in by Maggie. He discovers some jewels in her possession—the very same jewels that got him convicted. Together they hatch a plan to return the jewels, clearing Oliver’s name and hopefully maintaining Maggie’s anonymity.

The cover of this one gives me a mystery vibe. I'm a fan of Michelle Griep. My favorite book by her has been The Captive Heart. And I did enjoy her Bow Street Runners series. But I will say that her books sometimes trail into being more plot-driven instead of romance-driven. And while that isn't wrong or bad, my personal preference usually tends towards the relationship-driven. The House at the End of the Moor was one of these plot-driven books.

Maggie was an opera singer but fled her life in Bath after being propositioned and threatened with bodily harm to her father. She's found a new life of anonymity with only a maid and manservant.

Oliver was wrongly convicted of a crime and sentenced to prison. He's determined to escape and find justice by figuring out who did the crime he was accused of. When he's injured in his escape and Maggie's maid stumbles upon him not far from their home, Maggie takes him in to restore him to health. The two find out that they are linked by the real criminals. And they decide to travel to Bath to find out the truth and to clear Oliver's name.

Meanwhile, Oliver is being hunted by the constable/prison guard he escaped from. Sebastian comes off as evil but really his motivations are twisted and his understanding of God and His will is a bit skewed as well. Maggie is also being pursued by her former manager who wants his prize goose back.

Through the dangers of both being chased as well as rooting out the criminals responsible for committing a crime and bribing witnesses and a judge to have Oliver wrongly convicted, Oliver and Maggie learn what each other is made of. And of course, they begin to fall in love. As I said, the story is much more driven by the action of figuring out the real criminals as well as fleeing those chasing them than by their growing feelings for each other. I enjoyed both, but as my blog is about telling how a book made me feel, I think I would have enjoyed a bit more romance.

I particularly liked the side story of reconciliation. Oliver and his father have a strained relationship. Maggie and her father also had a strange relationship. Only one of the characters has an opportunity to make things better with their father, but I enjoyed this aspect of both characters' lives.

Email ThisBlogThis!Share to TwitterShare to FacebookShare to Pinterest
Labels: 4 Stars, Christian Fiction, HistoricalFiction, Michelle Griep, The House at the End of the Moor