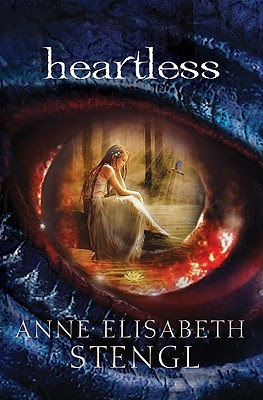 Who Dares to Stop Him?

Princess Una of Parumvir has come of age and will soon marry. She dreams of a charming prince, but when her first suitor arrives, he's not what she'd hoped. Prince Aethelbald of mysterious Farthestshore has travelled a great distance to prove his love--and also to bring hushed warnings of danger. A dragon is rumored to be on the hunt and blazing a path of terror.

Una, smitten instead with a more dashing prince, refuses Aethelbald's offer--and ignores his cautions with dire consequences. Soon the Dragon King himself is in Parumvir and Una, in giving her heart away unwisely, finds herself in his sights. Only those courageous enough to risk everything have a hope of fighting off this advancing evil.

A Tale of Goldstone Wood

Timeless Fantasy That Will Keep You Spellbound

I didn't know what to expect going into Heartless, but I was surprised to find that I was actually hooked fairly early on in the book. My inner princess loves stories of kings and castles and princesses and coming of age and suitors. I just love reading about this stuff. And what's better than all of this PLUS DRAGONS?!?!?!?! (I totally don't read enough stories about dragons these days. Need to rectify this.)

However, I hit a snag about 35% into the book. Things started to slow down for me, and Una, our main female character, left me wanting. She likes the wrong things/people. She does the wrong things. But I'm finding that so often we need to really see how far a character needs to come in order to appreciate the journey and where the character ends up at the end of the story. This was totally the case with Una.

Symbolism abounds in the latter half to quarter of this book, and I really enjoyed and appreciated it. I don't often highlight in my Kindle while reading, but I found myself highlighting away. (This is changing, I'm becoming a highlighter!) The symbolism was pretty evident to me which was nice because when I studied literature in high school I was terrible at picking it out, so it's nice to see that I've improved in this area. And symbolism isn't always a key proponent of the type of books that I read these days, so it was nice to have this included.

Because of the symbolism, I learned to appreciate Una's character and the growth and change that she went through in the process of this book. Of course there were other characters that need to be touched upon. Prince Aethelbald--what a horrible name--was, of course, my favorite character in the entire book. There's Felix who I imagine we'll be seeing more from in the other books in the series because he has challenges ahead of him that were set up in this book that remain unresolved. We can't forget Monster the cat who's more than just a cat. I found Monster to be an appropriate character for Anne Elisabeth Stengl. After doing an author interview with her (here) for the release Starflower (book 4 in this series), I found out that she has several cats and fosters them too. It's no wonder that there would be more to Monster than meets the eye. And of course, we have Una's other suitors, the Dragon, and various other dragons who contribute to the cast of characters, among others.

In the end, Heartless was an enjoyable read filled with much more than meets the eye. While I didn't love the main character, Una, I understand her completely and feel as if she was perfect for the story Anne Elisabeth Stengl was trying to tell. I'd definitely give Heartless 3 Stars and look forward to coming back for the other books in this series. Have you read Heartless? If so, what did you think?