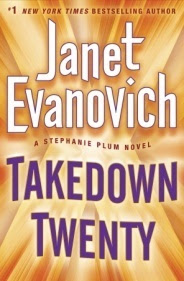 I really hope Stephanie ends up picking one of the guys, and Janet Evanovich wraps this series up pretty soon. What are you waiting on this week? Let me know!