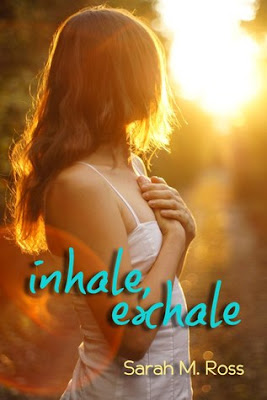 Published: May 6th 2013 by Createspace

*Note: The above links to Amazon, Book Depository, and Booksamillion.com are affiliate links. Affilite links support giveaways for Somewhere Only We Know readers.

Goodreads description--Jillian had a plan: celebrate the end of her first year of college with an amazing summer full of beaches, barbeques, and bonfires. When her mom insists she needs a summer job, and her boyfriend spends more time with his band than with her, Jillian’s plans go down the drain.

Grant had a plan: finish his Masters, get a great job at Google, and get the hell out of Georgia. He might be giving up some of the fun of his youth, but he knows his all work and no play method would be worth it when his dreams came true.

But things never go according to plan.

When temptation brings them together and tragedy tears them apart, Jillian and Grant will be forced to choose: fight for their dreams, or fight for each other.

I'm going to go ahead and put it out there that I have a massive headache at the time of writing this review. One of the ones that give you a semi-permanent "stank face." Eyes and nose scrunched and lip curled. Yeah...one of those. That's a disclaimer for just in case I make absolutely no sense in this one.

Inhale, Exhale was a cute and quick read. There was nothing earth shattering about it. And truthfully I'm not sure I'll remember much about it in a few weeks or months. I hate to say that, but it's true.

The relationship between Grant and Jillian just progressed too quickly. There was insta-love. There was insta-lust. There was insta-everything. On top of that, minor spoiler alert, we've got cheating. I do not abide cheating under any circumstances. I definitely comprehend how relationships can progress despite someone being in another relationship with boyfriend/girlfriend, spouse, significant other...whatever. But I just don't understand not having the respect for yourself, your current partner, or the potential new partner to not end one before beginning another. I mean as I said, I comprehend how it happens, I just don't understand it. I definitely don't respect it. And truth be told, I don't want to read about it. End spoiler.

I did enjoy the concept of how one relationship fizzles out, and another, better one starts up. The other person just doesn't pan out to be who you think they are. Or they change. Or you change. Whatever the reason. And then the someone new gets you better. You feel more. You see a better future with new person. I liked the concept. BUT I didn't enjoy the execution and the path the characters of Inhale, Exhale took to break things off with the old and join up with the new. It doesn't send the best message. Especially because Jillian never really had to deal with the consequences of her indiscretion. She got off the hook because Christian turned out to be an even bigger loser.

Another frustration for me was the dialogue. It's hard to explain it, but I really felt like the dialogue was "too neat." For Jillian and Grant both. It's like there was too much information given in the dialogue making it feel awkward and unrealistic at times.