The Truth About You and Me - Review 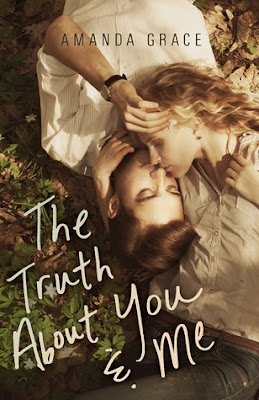 The Truth About You and Me

*Note: The above links to Amazon, The Book Depository, and Booksamillion.com are affiliate links. Affiliate links suppport giveaways for Somewhere Only We Know.

Madelyn Hawkins is super smart. At sixteen, she's so gifted that she can attend college through a special program at her high school. On her first day, she meets Bennet. He's cute, funny, and kind. He understands Madelyn and what she's endured - and missed out on - in order to excel academically and please her parents. Now, for the first time in her life, she's falling in love.

There's only one problem. Bennet is Madelyn's college professor, and he thinks she's eighteen - because she hasn't told him the truth.

The story of their forbidden romance is told in letters that Madelyn writes to Bennet - both a heart-searing ode to their ill-fated love and an apology.

The Truth About You and Me sparked my radar because I love stories about couples with an age gap. My husband and I have 12 years in between us and so I guess I just really relate to these types of stories. Add to that the forbidden aspect of a teacher/student relationship and you've got yourself an equation for scandal and angst.

The Truth About You and Me is written in the style of Madelyn, our sixteen-year old MC, writing a couple of letters to Bennet, the professor. From very early on Madelyn lets us know that this story involves her relationship with Bennet being discovered, so the reader is alerted that this story may not have a happy ending. I thought that where the description says that "their forbidden romance is told through letters that Madelyn writes to Bennet," that these would be love letters passed back and forth between the two, and thus the reader experiences their relationship. While that's kind of the case, it's not actually the way the impression leads you to believe. The letters are written AFTER the relationship has been discovered, not before or during the building of the relationship.

Madelyn is very much sixteen years old. She thinks like a sixteen year old and she feels like a sixteen year old. It's almost difficult to understand how Bennet could possibly not know she was younger. Aside from that, I had a hard time understanding what Bennet saw in Madelyn. It was obvious why Madelyn was attracted to and grew to develop deeper feelings for Bennet over time, but I just never really got why Bennet was in this relationship. I guess maybe Madelyn didn't know the answer to this question herself and so the readers doesn't know either. Because Madelyn was sixteen I found it harder to connect to some of her issues and frustrations. And I think her parents would be more understanding than she gave them credit for.

More than anything, The Truth About You and Me was a coming of age story. I've only found myself using that phrase a handful of times, and each time that's because I find myself thinking "what in the world was the point of this book?" and even questioning whether I wasted my time reading it or not. So I solve that problem by saying "this is a coming of age story" because the main character learns about herself and about life despite how I felt about the way everything ended.

Email ThisBlogThis!Share to TwitterShare to FacebookShare to Pinterest
Labels: "coming of age", 3 Stars, Amanda Grace, Contemporary, The Truth About You and Me, YA