A Thousand Pieces of You - Review 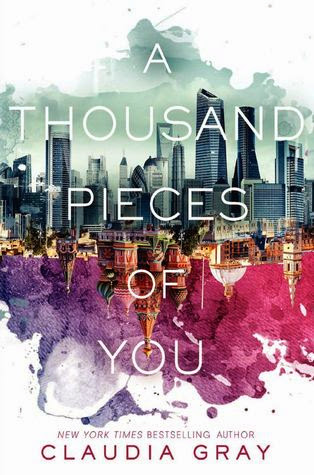 I should probably start by saying that I have found over my reading life that I don’t usually particularly like or connect with books about time travel or parallel universes. I don’t really enjoy science and so often times I find that books try to talk about the science behind such things and I don’t care about any of that. Plus it never makes sense to me. Then there’s how the character has to spend an unusual amount of time describing the new world or time they’ve traveled to, and that annoys me as well. I like minimal description when reading. So these types of books usually don’t work for me. However, A Thousand Pieces of You would be an exception.

While most every character within A Thousand Pieces of You enjoyed and studied science, the main character Marguerite didn’t. She was into art. And I think this distinction—the main character not being the science buff—really helped me not drown in science jargon that could have happened had she been the main character interested in how everything works.

Thankfully, Marguerite didn’t travel to too many different universes within the book. There were really only 4 worlds (including the one she originated from) within the book, and I think that helped me not be overwhelmed with the whole parallel universe travel thing. The more jumps the more time spent describing each world. Marguerite spends the most time in a world that is old world Russia where she’s actually a princess. I enjoyed each world, but this one was probably my favorite.

But here’s the crux. In the end I’m kind of torn. I definitely kept wanting to go back to A Thousand Pieces of You when I had to put it down. I wanted to keep reading. So that’s something. But I still had some frustrations with the book and the concept as a whole plus just some little irksome things as well. Here they are: