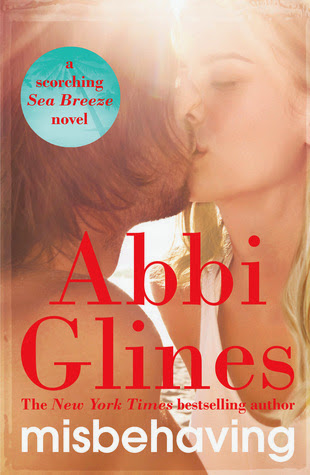 Jason is sick of living in his rock star brother’s shadow. So when he ships off to Sea Breeze, Alabama, he’s looking for a much deserved escape and a chance to blow off some envious steam. Falling for the local bad girl was definitely not the plan. But as the new duo enjoys some naughty fun in the Alabama sun, Jason learns that even though Jax is the musician in the family, he’s not the only brother who can rock someone’s world.

I liked seeing how Jess’s insecurities have influenced her life, her view of men, and her expectations for how she deserves to be treated. I don’t always enjoy reading from a character that has a low self-esteem. And truthfully, I’m not sure I can say that Jess does have a low self-esteem, but she definitely has insecurities. We all do. She just wants to be loved, and above everything else, I connected with her desire for someone out there to simply put her—her feelings, her needs, her desires—first.

Jason was a bit more difficult for me to connect with in this book than in other books. I find that leading new adult male characters are all so very similar. Even when they appear to be completely different in previous books, when we get inside their heads they turn out just the same as every other new adult male. I enjoyed that Jason made an effort to show Jess how she should be treated and how she deserves to be treated by not acting on his desires immediately. But I found myself annoyed at how much he fought their relationship.

Without going into much detail so I can try to avoid spoilers, I really appreciated the part about 50% through where Jason and Jess weren’t together but Jess decided that she wasn’t going to sit around and wait for Jason. Despite being extremely hurt by him, she makes an effort to move forward. And I loved the exposure this gave us to a certain other Sea Breeze character that will remain nameless, but that I can’t wait to read more about. I’m thankful this happened because I wasn’t sure I was going to enjoy this character, but I’m already invested and I want this happy ending probably more than any of the other characters in this series so far.

Although I appreciated the part I just mentioned above, Misbehaving fell into that category of books where at the 70% mark (roughly) our characters make stupid decisions simply for the sake of conflict needed to move the story forward. This particular conflict was so similar to Sometimes It Lasts that I wasn’t as sympathetic as I would have been otherwise—not that I would have been sympathetic to dumb decisions anyway.

In the end, Misbehaving was both better than I expected and a disappointment. Aspects I really enjoyed, and others I really disliked. All of that keeps me around the 3.5 Star mark. I read Misbehaving in about a day which shows that I was hooked, so there’s that. Have you read Misbehaving? What did you think? Let me know!