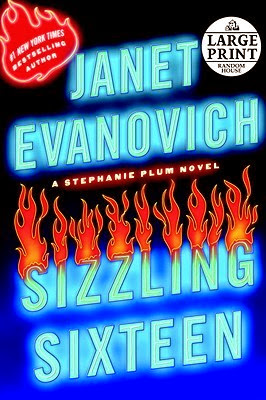 BAD LUCK: Vinnie, of Vincent Plum Bail Bonds, has run up a gambling debt of $786,000 with mobster Bobby Sunflower and is being held until the cash can be produced. Nobody else will pay to get Vinnie back, leaving it up to Stephanie, office manager Connie, and file clerk Lula to raise the money if they want to save their jobs.

GOOD LUCK: Being in the business of tracking down people, Stephanie, Connie, and Lula have an advantage in finding Vinnie. If they can rescue him, it will buy them some time to raise the cash.

GOOD LUCK: Between a bonds office yard sale that has the entire Burg turning out,Mooner's Hobbit-Con charity event, and Uncle Pip's lucky bottle, they just might raise enough money to save the business and Vinnie from ruin.

BAD LUCK: Saving Vincent Plum Bail Bonds means Stephanie can keep being a bounty hunter. In Trenton, this involves hunting down a man wanted for polygamy, a turnpike toilet paper bandit, and a drug dealer with a pet alligator named Mr. Jingles.

GOOD LUCK: The job of bounty hunter comes with perks in the guise of Trenton's hottest cop, Joe Morelli, and the dark and dangerous security expert, Ranger. With any luck at all, Uncle Pip's lucky bottle will have Stephanie getting lucky--the only question is...with whom?

Sizzling Sixteen ...so hot, the pages might spontaneously combust!

I've not read (or listened) to the Stephanie Plum books in any kind of order. I believe my first experience wtih Stephanie Plum and Janet Evanovich was when my sister checked out Plum Lovin' from the library. Plum Lovin' is A Between-the-Numbers Novel. And it was hilarious. I just remember listening to it and busting out laughing at different parts. Then I think Finger Lickin' Fifteen was the next one I moved onto. And now Sizzling Sixteen. This is so rare for me to pick up mid-series and out of order and such. I'm a very organized and methodical person. But in my experience, any of these books could be stand-alone books.

Lorelei King is brilliant as a narrator. She has voices for the other characters in a way that makes me forget one person is actually narrating everything and in such a way that I know exactly who is speaking without having to be told just based off the voice she's using for the character. It's great. She's great. Especially her depiction of Lula. "He ate my jelly donut, so I shot him." HILARIOUS. Obviously, you need to hear (or read) that in context, but you get the picture. And I have to say that Lorelei King is one of the reasons why I'm not upset that I haven't gone at this series in order. My sister tells me that Lorelei King isn't the original narrator of the series, and I just don't think I could listen to anyone else read these books.

I do have to say that the potty mouth stands out to me a little bit more in audio version than it usually does in print. I can skim over it in print, but once you hear it, it's hard to undo and for some reason it has more of an impact that way.

The Stephanie Plum series is a great in between series and I really enjoy listening to them when I have opportunity. Janet Evanovich is very humourous and I find myself laughing out loud then looking around to see if anyone is staring at me like I'm an idiot quite often. Especially Lula and Gramma Mazur ("I can't squeeze to keep the breezers in.").

If you're looking for a quick book to blow through or a reprieve from some seriousness, Sizzling Sixteen will do the trick, especially the audio version. 3 Stars. Have you read (or listened) to Sizzling Sixteen? What did you think? Let me know!

**Side note: I've finished 4 books this week and I'm STOKED about that. Extremely rare for me to get that much accomplished in one week. I've already posted my review of City of Lost Souls by Cassandra Clare. And I will be posting on Crazy Love by Francis Chan and Divergent by Veronica Roth later on this week. Look out for those reviews.

Posted by Somewhere Only We Know at 9:38 PM