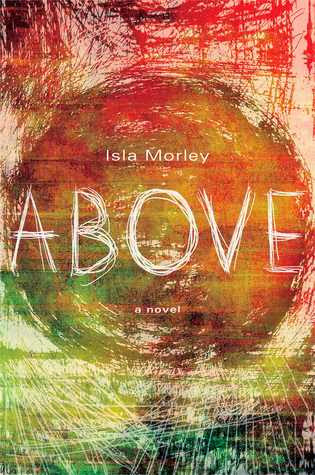 Goodreads description--I am a secret no one is able to tell.

Blythe Hallowell is sixteen when she is abducted by a survivalist and locked away in an abandoned missile silo in Eudora, Kansas. At first, she focuses frantically on finding a way out, until the harrowing truth of her new existence settles in the crushing loneliness, the terrifying madness of a captor who believes he is saving her from the end of the world, and the persistent temptation to give up. But nothing prepares Blythe for the burden of raising a child in confinement. Deter­mined to give the boy everything she has lost, she pushes aside the truth about a world he may never see for a myth that just might give mean­ing to their lives below ground. Years later, their lives are ambushed by an event at once promising and devastating. As Blythe's dream of going home hangs in the balance, she faces the ultimate choice between survival and freedom.

Above is a riveting tale of resilience in which "stunning" (Daily Beast) new literary voice Isla Morley compels us to imagine what we would do if everything we had ever known was taken away. Like the bestselling authors of Room and The Lovely Bones before her, Morley explores the unthinkable with haunting detail and tenderly depicts our boundless capacity for hope.

Let me preface this review by stating that I think I’ve been in a reading slump—at least I was when I read Above. Part of the reason why I went ahead and picked up Above was because it’s outside of what I typical read and I thought it might actually help me get OUT of my reading slump, but I think it only ended up contributing. That’s not because Above was a bad book but because this book was taxing emotionally for me and that seems to be the cause of my reading slump. I’ve read several books lately that have taken a lot out of me emotionally, and Above was one of them.

I’m finding that putting words to how I felt while reading Above is a bit difficult. I requested Above initially because of the description and the reference to being similar to The Lovely Bones by Alice Sebold. I haven’t actually read The Lovely Bones but the movie was really good. And after having read Above, I can see why the comparison was made. But Above isn’t exactly what the description says. It is, but it’s more. Everything that I expected to take the entire book happened within the first 30-40% which left the longest portion of the book with me having no idea what to expect.

I connected to Blythe early on in Above. I loved Isla Morley’s stream of consciousness writing style with the early parts of Above and the beginning of Blythe’s captivity. I understood all of the thoughts and feelings that Blythe experiences and even the progression of her thought process. My heart broke for her over and over again—which obviously led to me feeling drained emotionally. However, once Adam comes into the picture, I had a harder time connecting to Blythe. Her decisions didn’t always make sense to me after that. Dobbs, well, he was an interesting character. He’s everything you would expect from a person capable of kidnapping a teenage girl and a conspiracy theorist. But yet there’s more than meets the eye there, and I like how Isla Morley played with the concept of his conspiracy theories not being so far-fetched. I also found myself both connecting and struggling with Adam. I’m having a hard time explaining why since I feel to discuss this aspect in much detail would be spoilerish. I’ll just say that since Adam didn’t have a normal childhood experience it was more difficult for me to predict his responses and behaviors as well as understand him in general.

Isla Morley’s writing was both beautiful, thought-provoking and a struggle for me at the same time. As I said earlier, I enjoyed the stream of consciousness type of writing early on, but towards the latter half of the book there’s just too much description for me. I needed more action or dialogue and less scenery description. Some of my favorite quotes:

The minute hand and I go for long walks around the numbers.

His eyes have chase in them. I cannot be the half-dead thing with no run in me.

He can hold a silence as though it were a bag of water. I do to it what a pair of rusty scissors would.

I have to talk, just for the sake of ears.

It is a terrible thing, how hell is already becoming so familiar to him.

I am not resurrected; I am merely aboveground.

There is no acclimating to a thing like trust. It presents itself, and there are but seconds to accept or reject it.

It is not for me to pardon. It is for me to hold the hand of [a] sinner, so that mine, too, may be held.

Death for everyone, I now realize, comes right in the middle of things.

Above gets 4 Stars from me. Have you read Above? What did you think? Let me know!