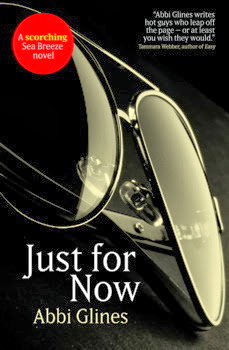 Goodreads description--The day Preston Drake figured out that wealthy women paid well for a set of tight abs and a pretty face his life turned around.

The run down rat-infested trailer he had shared with his alcoholic mother and three younger siblings was now only a place he visited to pay the bills and stock the pantry with food.

He no longer worried about his family starving or living without electricity. The money he made entertaining rich older women more than covered his family’s needs and his own. He had it all figured out. Except…

There was this girl.

She was as innocent as he was tainted.

Amanda Hardy wished her knees didn’t get weak when Preston walked into a room. She hated the fact her heart raced when he flashed his smile in her direction. He had a different girl in his bed every night. He was the kind of boy a smart girl ran from. So, why was she coming up with ways to get close to him? Even when it was obvious he wanted to keep her at a distance.

Maybe her heart knew something the world didn’t. Maybe Preston Drake was more than just a pretty face.

First off, let me just say that I really enjoyed Preston and Amanda’s story. From Breathe, book 1 in this series, I was hoping for a book about Preston. Separately, I was hoping for a book about Amanda too. It wasn’t until the previous book, While It Lasts, that I began to see that Preston and Amanda’s stories would be intertwined. Just For Now follows the new adult pattern, but it also had some unexpected gems that made it one of the better ones I’ve read recently.

Since we’ve been introduced to Preston before this book, I knew he was a player, and so I was prepared to be frustrated with his persona going in to Just For Now. I wasn’t really prepared for Amanda though. I understand having a crush on someone for years to the point of almost being willing to take whatever you can get from them, but she took that to a level I can’t condone. Of course, there’s not much I would actually condone when it comes to character behavior from most new adult books. However, despite Preston’s background and history with women—very similar to Cage—he was different. He actually wanted and welcomed a real relationship much more than most of the main male characters in this genre. Most run like crazy from the idea of an actual relationship until they're drowning in it. While Preston didn’t actually really seek out the relationship with Amanda (she did that), he found himself wanting it fairly early on—even if he didn’t belief he deserved it.

Typical of this genre, the couple encounters a temporary deal breaker. Personally there would be nothing temporary about this deal breaker were I Amanda, but as most of these books go, the couple spends some time apart, miserable, and both hurting, only to find their way back to each other.

I feel as if this review is coming off more negatively than I actually feel about the book itself. You see, I’ve read a lot of NA books lately so this has led to an overload of repetitiveness. I find myself getting sucked into these books because the characters have intense and passionate relationships and eventually overcome conflict (though the conflict usually comes from some stupid decisions the characters have made that could have been avoided). Abbi Glines is one of the masters at drawing me into this type of story. Repetitive as it may be, each one is slightly different in some areas. I love the addition of Preston’s family that he needs to take care of. That aspect reminded me of Noah from Pushing the Limits.

All in all Just For Now gets 4 Stars. Have you read Just for Now? What did you think? Let me know!