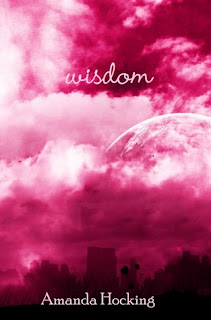 Goodreads--Wisdom - the fourth book in the My Blood Approves series... For her eighteenth birthday, Alice Bonham takes a vacation to Australia only to have her trip cut short by an unexpected murder. While Alice tries to understand what happened, she regrets some of the choices she's made, especially the more permanent ones.

I don’t know about you guys, but I always find it extremely disheartening when I lose something I’ve worked on. That being said, I KNOW I typed my reviews for Flutter and Wisdom (books 3 and 4 of the My Blood Approves series), but I can’t seem to find them ANYWHERE! And having read at least 5 books since reading these, neither book is as fresh on my mind as I’d like. So this review of Wisdom will probably be very short and to the point. *Spoiler alerts for My Blood Approves (book 1), Fate (book 2), and Flutter (book 3).

Mae’s done gone and changed that grandchild of hers into a dern vampire. (Can anyone see any resemblance to Twilight’s story here? But we’ve already established that in my review of My Blood Approves.) And of course, she’s unruly. She can’t control her urges, and even worse when she’s hungry she’s in physical pain. Ezra couldn’t support Mae’s decision and so Mae, Peter, and 5 year-old-vamp-child (I can’t remember her name at the moment), move to Australia. And for Alice’s 18th birthday, she, Milo, and Bobby decide to go for a visit.

While away, Alice finds out that her best friend Jane has been murdered. And she sets out to discover who did it. Of course, she doesn’t tell Jack because she doesn’t want him to worry about her…or argue with her about how she’s doing something dangerous. Speaking of Jack, I’ve increasingly become annoyed with their relationship with each book. Initially in book 1, I was torn about who to root for, but I’ve now decided that I think Peter should take the prize all the way. I realize that the characters love who they love despite many reasons to the contrary, just like real people, but sometimes in books, I just don’t understand WHY they love who they love. Usually I’m on board with whoever they pick….and I’m not going to spoil who she ends up with, just saying I’m definitely pro Peter.

Secrets are revealed. Mysteries are solved. Relationships are ended, some are begun, some are solidified, and some are reborn. Characters die. And characters change. I’d be more specific than that, but as I said earlier, I’m having a hard time remembering and separating events because it’s been a couple of weeks since I actually finished these books. Overall I really enjoyed the series, but there was definitely an underlying current of frustration with this series. Mostly I find that I wouldn’t have made the decisions and choices that the characters made, and that always brings with it a level of annoyance. But it was a solid read. I’m definitely interested to see what happens with Swear, book 5 that is yet to be released, since Amanda Hocking has had quite a bit more experience since writing Wisdom. I’ve said it a dozen or so times, but I definitely think Amanda Hocking’s work is better than a good many other authors that I’ve read. So check it out.

Wisdom gets 3 stars. Have you read Wisdom and the My Blood Approve series? Let me know!

Posted by Somewhere Only We Know at 6:36 PM