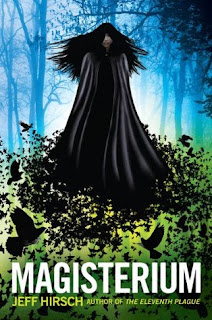 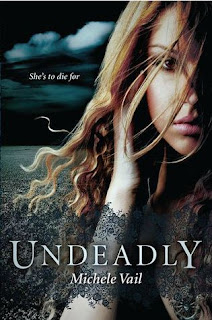 Goodreads description--The day I turned 16, my boyfriend-to-be died. I brought him back to life. Then things got a little weird...

Molly Bartolucci wants to blend in, date hottie Rick and keep her zombie-raising abilities on the down-low. Then the god Anubis chooses her to become a reaper-and she accidentally undoes the work of another reaper, Rath. Within days, she’s shipped off to the Nekyia Academy, an elite school that trains the best necromancers in the world. And her personal reaping tutor? Rath. Who seems to hate her guts.

Rath will be watching closely to be sure she completes her first assignment-reaping Rick, the boy who should have died. The boy she still wants to be with. To make matters worse, students at the academy start turning up catatonic, and accusations fly-against Molly. The only way out of this mess? To go through hell. Literally. 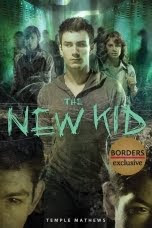 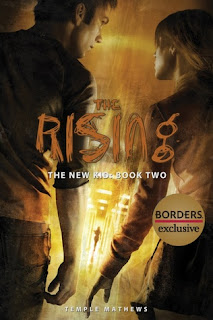 Goodreads description--Will Hunter’s had a rough few months. He just survived the battle of his life. He learned the devil was his father. And his newly demonic best friend Rudy is trapped under glass until Will can find a way to bring him back from the dark side. All Will wants is to lay low for a while with Natalie, the girl he loves, and focus on saving his friend.

But Will never seems to get what he wants.

In Seattle, Will encounters a dangerous new breed of female demon, faster and more deadly than anything he’s ever faced, and a mysterious, striking girl who arrives just in time to save his life. Natalie doesn’t trust her, but Will is drawn to her in a way he doesn’t fully understand. Is she a powerful new ally? Or will her secrets destroy him and everything he cares about?

As the devil’s minions work to reassemble their leader’s body piece by piece, Will must once again become the New Kid to prevent the Dark Lord from rising—this time for good. 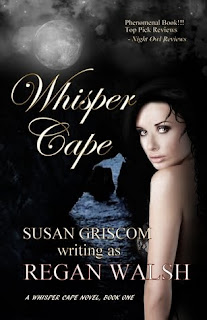 Goodreads description--Escape to a world where the impossible becomes possible. WHISPER CAPE is a town of secrets and Addison MacKenna soon becomes tangled in a web of them. Plagued with nightmares of her father’s sudden and brutal death, Addie struggles with her anguish and refuses to believe his demise was accidental.

Fighting to shake off one of those devastating early morning nightmares, Addison finds it even harder to escape from the vision of a man lying on the side of the road—a man she may have just killed. When she frantically tries to locate him, he seemingly disappears, just the beginning of strange occurrences in her life. She also cannot ignore the weird sensations in her own body. Suddenly, the impossible seems possible, but is that a blessing or a curse?

Believing that her continual and worsening nightmares are both the key to her own new abilities and the clue to her father’s death, Addie knows she will not rest until she has the answers she craves. As she strives to cope with her new remarkable talents, someone else learns of her abilities—a disgruntled maniacal psychopath with his own agenda that involves eliminating Addie. The only one who can protect her, instruct her in the use of her powers and teach her how to destroy the murderous monster is the same man who makes Addie’s heart race and her blood heat with passion. The same man she’d left for dead.

Cael Sheridan may be arrogant and mysterious but he's also undeniably gorgeous. A member of a secret society, he is sworn to protect the woman he believes to be the daughter of his recently murdered mentor. In the process, he finds it impossible to resist her magnetic sensuality, complicating his efforts to shield and guide her as she learns to manage her newly acquired skills. At the same time, Addison has much to teach him about trust and commitment. Fate has brought them together, but will it make them stronger or destroy them both in end? 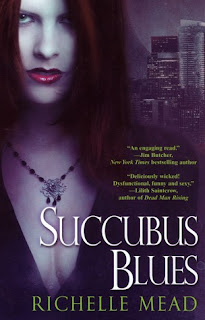 When it comes to jobs in hell, being a succubus seems pretty glamorous. A girl can be anything she wants, the wardrobe is killer, and mortal men will do anything just for a touch. Granted, they often pay with their souls, but why get technical?

But Seattle succubus Georgina Kincaid's life is far less exotic. Her boss is a middle-management demon with a thing for John Cusack movies. Her immortal best friends haven't stopped teasing her about the time she shape-shifted into the Demon Goddess getup complete with whip and wings. And she can't have a decent date without sucking away part of the guy's life. At least there's her day job at a local bookstore--free books; all the white chocolate mochas she can drink; and easy access to bestselling, sexy writer, Seth Mortensen, aka He Whom She Would Give Anything to Touch but Can't.

But dreaming about Seth will have to wait. Something wicked is at work in Seattle's demon underground. And for once, all of her hot charms and drop-dead one-liners won't help because Georgina's about to discover there are some creatures out there that both heaven and hell want to deny...

Thursday: Review of 48 Days to the Work You Love by Dan Miller

Posted by Somewhere Only We Know at 8:33 AM