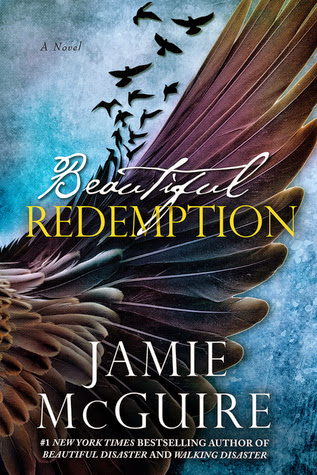 Goodreads description--No-nonsense Liis Lindy is an agent of the FBI. Deciding she is married only to her job, she breaks off her engagement and transfers from Chicago to the field office in San Diego. She loves her desk. She is committed to her laptop. She dreams of promotions and shaking hands with the director after cracking an impossible case.

Special Agent in Charge Thomas Maddox is arrogant, unforgiving, and ruthless. He is tasked with putting away some of the world’s toughest criminals, and he is one of the best the Bureau has to offer. Though, as many lives as he’s saved, there is one that is beyond his reach. Younger brother Travis is faced with prison time for his involvement in a basement fire that killed dozens of college students, and the media want a conviction. Travis’s only savior is his unusual tie to the mob. In a deal that will spare his brother, Thomas has agreed to recruit Travis into the FBI.

Liis is stubborn, defiant, and yet somehow softens Thomas’s rough edges, making her the perfect agent to accompany him to the ceremony. Posing as a couple, they must travel to Travis & Abby’s beach vow renewal and give him the news, but when the pretending ends, she finds herself wondering if they were pretending at all.

In the second installment of the Maddox Brothers books, experience firsthand the mysterious world of the elusive Thomas Maddox, and how good love can be when you’re not the first, but the last.

I had medium expectations for Beautiful Redemption. I very much enjoyed Beautiful Oblivion--a good bit more than I thought I would. But I know for me that often the key to enjoying a book is not to build it up too much. I knew I wanted to read Beautiful Redemption, and after that twist in Beautiful Oblivion I knew I wanted to read it ASAP. I was totally not expecting the TJ, Camille’s ex-boyfriend, to turn out to be Thomas—as in Trent and Travis’s brother. That being said, I wanted so bad for Thomas to have his happy ending and so I was excited to see how his story would go.

I’m not a huge fan of trends that I see in books, but I also know that there’s really nothing new under the sun. I don’t think writers sit down expecting to write the same story as some other story. Most writers follow the story that their characters show them. But that being said, I have to say that I was a bit annoyed with Thomas and Liis’s story begins with a one night stand. That combined with the plot point of the pretend couple in order to attend Travis and Abby’s vow renewal ceremony had Beautiful Redemption falling into a few clichés. But overall, I didn’t dwell on this too much.

I was equal parts torn between enjoying and being annoyed with the bouncing back and forth that Liis did. Thomas decided fairly early on how he felt about Liis and what he was willing to do to be with her. But Liis can’t make up her mind. She has valid points about Thomas not being over his heartbreak from Camille, yet I almost felt like she brought that out of him. Meaning had she not been so focused on him not being over Camille then Thomas himself wouldn’t have had the few moments that he did. And then Liis can’t decide if she wants a relationship or not at all. She left a relationship that she basically felt nothing but disdain for yet she can’t tell the difference between what’s real and what’s fake? I don’t know. I’m not 100% sold.

Truth be told, I think I enjoyed this book more until this moment where I’m writing my review of it because it’s only now that I’m beginning to overanalyze things that I only really mentally noted before. I will say that I enjoyed how like Beautiful Oblivion, Beautiful Redemption takes place before the epilogue of Walking Disaster. I also liked how Travis is definitely having to face the consequences of his illegal actions from Beautiful Disaster, even if he still has the potential of avoiding prison time. He doesn’t just get off the hook because this is a book and we want a happy ending. And at the risk of sounding like a moron, I did get lost a few times when Liis and Thomas were talking about the intricacies of how 3 FBI cases all tied together. Some of the jargon was lost on me, but it didn’t prevent me from getting the overall point.

-“What’s worse is the louder I am, the less they hear.” “Maybe you should try speaking more softly.”

-“You can love someone without wanting to be with them. Just like you can want to be with someone before you love them.”

-“It’s somewhere in the unforeseen when the best, most important moments of our lives seem to happen.”

Beautiful Redemption had a few frustrations for me, but I feel like I didn’t focus on most of them in the moment. I’m glad that I finally got Thomas’s story. And I truly can’t wait to see which Maddox brother is getting their story next. I want to say Taylor since he had a slightly more prominent role than Tyler did in Beautiful Redemption and there was some ever so small setup about his potential relationship mentioned. Beautiful Redemption gets 4 Stars. Have you read Beautiful Redemption? What did you think? Let me know!