Guys to be honest this week just plain sucked. We lost my older cousin, Amy, to cancer on Wednesday. Even though she was thirteen years older than me, she often would include me and others a good bit younger in the things she had going on. She was my Bible school teacher when I was about 10 to 13 years old. I remember learning more about the Bible during that time period than any other until I began to read and study for myself when I was older. I remember her creating games for class. She was very creative and ended up being an elementary school teacher. She took us to the beach. She was full of pranks and many, many people have plenty of stories to tell from that aspect of her. Amy loved her family, and she loved kids. She fostered two children even though she was unmarried--voluntarily taking on the role of a single parent in order to provide a safe place for two young children when they needed it most. And I remember her taking in two other children that she taught in school whose parents often left them alone and were struggling financially. And that's just the ones that I know of. I know there were many more that she helped in various ways that I don't even know about because that's who she was. She was a genuinely good person, and her faith in God despite and throughout her battle with cancer was truly something to be admired. Amy never blamed God. She was never a victim. She had one of the most positive and uplifting attitudes I've ever witnessed. She will be greatly missed by all of her friends and family, but we are thankful that through Jesus Christ we have the opportunity to see her again one day. Death always makes the things that matter stand out in stark contrast to the things that don't. Please everyone take an extra minute to hug your loved ones and let them know how much you care because you never know how long you'll have them in your life. And if you don't know Jesus Christ, the resurrected Savior, then I pray that He will reveal Himself to you so that you may know Him and also have hope of eternal life.

I am also participating in Kimba's March Take Control of Your TBR Pile Challenge. Here are my goals for the month: 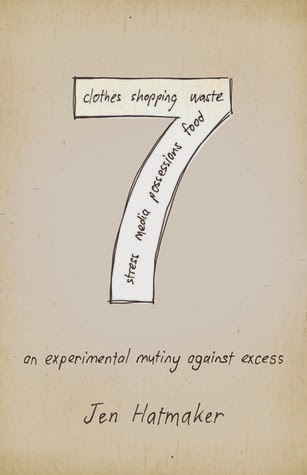