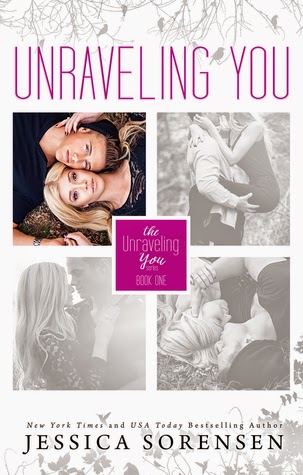 Goodreads description--Lyric Scott has always had a good life. Outgoing, spunky, and musically talented, she’s constantly surrounded by family and friends, yet she still feels there’s something missing.

Then she meets her new next-door neighbor Ayden Gregory. Mysterious, sweet, and sad, Ayden is the exact opposite of Lyric and exactly what she needs to fill the void in her life.

Ayden has been through more than most people and believes his life is always going to be rocky, so when he’s suddenly adopted by the Gregorys, he’s thrown for a turn. But even with a new, loving family, he still finds himself haunted by the memories of his old life. The only true breath of fresh air is when he’s with his best friend, Lyric Scott.

As Lyric and Ayden grow closer, the lines of their friendship start to blur. But when Ayden's past unexpectedly pushes its way into his new life, their friendship and newfound attraction will be tested.

**A novel about Ella and Micha's daughter and Lila and Ethan's son from The Secret Series. However, this series can be read on its own.**

I wasn’t sure about Unraveling You based off the initial cover releases. I think most bloggers/avid readers would admit that they don’t follow the whole "never judge a book by its cover" thing. But seriously, all those covers said to me was “sex.” So I put off even looking into the books. Well…then they did a cover redesign and I didn’t even realize that I was looking at the description for the same book. This time, I was drawn in by the fact that Unraveling You is a story about Lyric, the daughter of Ella and Micha, and Ayden, the newly adopted son of Lila and Ethan from The Secret of Ella and Micha. That was totally intriguing. And so I got Unraveling You when it was on sale as a freebie. Randomly I got the vibe that now was the right time for me to read this specific book, and so I picked it up.

Lyric is….verbal. She takes after her dad, Micha, in the music department. She plays guitar, violin, and drums. Plus she sings—although she has major performance anxiety. Lyric’s favorite aspect of music is songwriting, but she finds that her lyrics tend toward happy and popish because she feels like she just hasn’t had the life experiences necessary to write really heartfelt and moving songs. She’s typically upbeat and tends to be friends with everyone. Because her parents are so close with the next door neighbors, Lyric takes on the task of befriending the newest addition to the Gregory family.

The description makes it seem like Ayden’s been next door all along, but he is only recently moving in. Ayden is the complete opposite of Lyric. He’s quiet, shy, and doesn’t necessarily make friends easily. He’s been through so much in his past that making friends is a desire deep in his heart, but it’s one that he’s too afraid to hope for. So when Lyric announces that she’ll be his friend and she’s got his back he doesn’t really know what to think or how to feel. He quickly learns that Lyric gives him reason to hope and makes life a bit more bearable.

Even though she doesn’t know him well, Lyric can see the obvious pain and sadness in Ayden’s life and she makes it her personal mission to make him smile more often. The two grow closer and become very dependent upon one another. Their relationship isn’t completely unlike her parents’, Ella and Micha. Eventually, Lyric and Ayden become best friends. But a few moments between them show them both that attraction complicates all good friendships. And this is exactly why I find the initial covers for this series so bizarre. Not only is there no sex between Lyric and Ayden, but things barely get heated at all. They have tension, sure, but the action just isn’t there. Now, I do expect that to change somewhere in the future of the series, but at this point the initial cover for Unraveling You doesn’t fit the story at all.

One thing that complicates matters, specifically Lyric and Ayden’s mutual attraction, is that Ayden has some missing memories from his past that he’s terrified to remember. He fears that remembering will break him. But one thing’s certain: when Lyric touches him in any kind of intimate way, it strikes a memory and the feeling of touch being unwanted leading Ayden to believe that he’s potentially been sexually assaulted in the past. He knows that he’s going to have to deal with his past eventually, especially if he wants to move forward with Lyric, but he also doesn’t know if he can.

Unraveling You really felt like it ended at such an awkward point to me. There was no resolution at all, yet I can’t even say that it ended on a cliffhanger exactly either. It was kind of odd truthfully. But I will say that the ending of Unraveling You being where it was sparked me to go ahead and pick up book 2, Raveling You, up immediately.

Ultimately, I enjoyed Unraveling You. The things I was initially worried about weren’t even an issue at all. The redesigned covers make much more sense for the actual story. Lyric and Ayden were both likeable characters, easy to connect with. And I’m still so curious about what’s happened to Ayden in his past and whether he can move forward or not. Unraveling You gets 4 Stars. Have you read Unraveling You? What did you think? Let me know!