Song of the Fireflies - Review 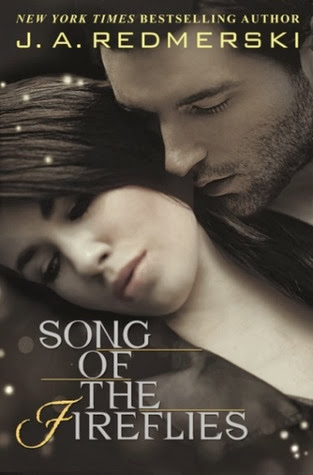 See...sometimes I make the mistake of not reading a book description before I pick up the book. I do this because sometimes the description gives too much away. I like to go into a book with as little information as possible so that my opinions of the book aren't influenced by a summary or snippet. That being said, I didn't read the description of Song of the Fireflies at all before I requested it from NetGalley. I just knew that I enjoyed The Edge of Never by JA Redmerski and here she was with a new book. SCORE. Sadly Song of the Fireflies might have been one that I skipped had I read the description.

I had several problems with Song of the Fireflies. I'll start with the writing style. I don't remember this being an issue with The Edge of Never, but JA Redmerski ends almost every chapter with some sort of statement meant to create intrigue about future events. Here's an example: "The highway became darker and less traveled as it got later. I started getting nervous, though I wasn't sure why." (the end of chapter eleven) or "And that was how we met Tate Roth, part savior, part...something else." (the end of chapter twelve). I just felt like she was almost trying to turn this book into a mystery. While some strategically placed comments like this aren't a bad thing, too much of a good thing tends to ruin that good thing, right? It seemed like almost every chapter was like this.

My next complaint was language and content. F-bombs abound. It's almost ridiculous how many are dropped in even a short passage. And this is graphically some of the worst I've read. I debated DNFing for this reason, but didn't because it was one I requested and I kept telling myself that maybe the worst was over.

However, probably my biggest complaint was Bray herself. Admittedly I struggle with people IRL and in fiction that don't make the same decisions that I would make a lot of times. I know that many struggle with bipolar disorder, and I feel sure this is probably a somewhat accurate depiction of a possible life of someone with this disorder. However, I felt so incredibly frustrated with Bray. Her fragile nature, her mood swings...all of it was frustrating. Bray hurt my head and frustrated me so much. I enjoy reading about strong characters who make smart decisions, and that's just not how I would describe Bray. It goes along with what I said earlier about having not read the description of Song of the Fireflies. Had I read that Bray and Elias would have gone on the run in order to avoid prison for an accident, then yeah, that would have been the part I probably would have jumped ship. When I came to this part in the book, I also debated DNFing it for this reason. Yet, I chose not to DNF for this reason because it was my fault for not reading the description.

While Elias was a more likable character than Bray, I still found myself detached from him emotionally.