Oh my goodness you guys! This week....CRAZY! The weather forecasters (aka meteorologists) were freaking out here in central Alabama. On Monday we had the dreaded "it's going to freeze" freak outs. But did the business I work for plan to close? Absolutely not! Meteorologists are wrong about the weather all the time, right? And here in central Alabama we've had times where they just knew it was going to snow and it didn't. So I truck it into work Tuesday morning. After getting to work, it starts to freeze and it's raining/sleeting. And everyone starts to freak out because roads are closing. So work sends us home. It took us twice as long as normal to get home. Our tires grew icicles while we were driving. It snowed for most of the day. And so EVERYTHING shut down. And Wednesday it was still frozen. No work! YAY! Thursday I luckily got to work remote, but it was back to it. By Friday we still had snow on the ground at my house--granted not much and only in the shady areas. But then today we have temperatures in the 70s. Can you believe that? That is the craziness that is the weather of central Alabama. The reason we freak out when it snows or freezes is because we don't know hot to drive in that mess. There were so many car accidents. But being stuck at home for two days without working did allow me to finish 3 books during that time span and two more before the week was out. So...I'd say that's a productive week.

Also, I've already bought my tickets to go see Vampire Acadamy (I guess they decided to drop that Blood Sisters part of the title?). I'm excited about this one because I love the book series so much. But I don't expect it to get much turn out from other viewers based off the showing times listed for my local theater. What about you guys? Will you be going to see it?

Monday: Review of Into the Still Blue (Under the Never Sky, # 4) by Veronica Rossi (4 Stars)
Tuesday: Top Ten Worlds I'd Never Want to Live in Or Characters I'd Never Trade Places With
Wednesday: Review of Forever (Temptation, # 3) by Karen Ann Hopkins (3.4 Stars)
Thursday: Review of Uninvited (Uninvited, # 1) by Sophie Jordan (3 Stars)
Friday: January 2014 EOM Wrap Up - Which is actually wrong on the # of books read as I finished two more books last night. 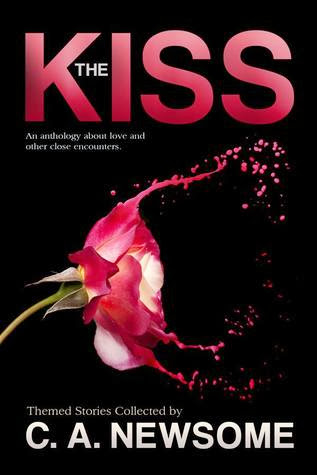 The Kiss: An Anthology of Love and Other Close Encounters

Goodreads description--A kiss is a simple communication. It can also be an exchange, a betrayal, an assault, a promise, a hope...or it could be a goodbye. The intimacy of a kiss cannot be denied. Whether shared, stolen or simply dreamed of, its recipient will be affected. Thirty-one stories by authors from around the world will tease your imagination as you anticipate ‘The Kiss’ in each weird or wonderful tale. 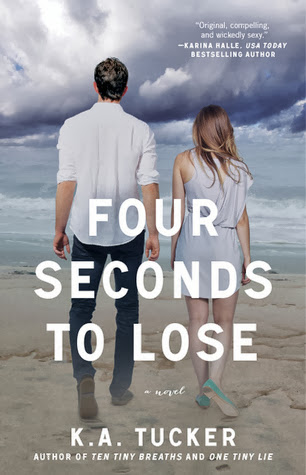 Goodreads description--When a gorgeous young dancer walks through his door, a strip club owner must decide whether to follow his rules or his heart in the third novel by the author of One Tiny Lie and Ten Tiny Breaths.

Owning a strip club isn’t the fantasy most guys expect it to be. With long hours, a staff with enough issues to keep a psych ward in business, and the police regularly on his case, twenty-nine-year-old Cain is starting to second guess his unspoken mission to save the women he employs. And then blond, brown-eyed Charlie Rourke walks through his door, and things get really complicated. Cain abides by a strict “no sleeping with the staff” rule. But being around Charlie challenges Cain’s self-control…and it’s been a long time since any woman has done that.

Twenty-two-year-old Charlie Rourke needs a lot of money, really fast, in order to vanish before it’s too late. Taking her clothes off for men makes her stomach curl but Charlie tells herself that at least she’s putting her acting and dancing skills to good use. And though her fellow dancers seem eager to nab their sexy, sophisticated, and genuinely caring boss, she’s not interested. After all, Charlie Rourke doesn’t really exist—and the girl pretending to be her can't get distracted by romance.

Unfortunately, Charlie soon discovers that developing feelings for Cain is inevitable, and that those feelings may not be unrequited—but losing him when he finds out what she’s involved with will be more painful than any other sentence awaiting her.