Have you guys ever been looking through book covers and had to do a double take because you're almost positive that the exact same cover is on two different books? In the age of digital publishing where stock photos and premade book covers can be purchased multiple times, coming across two different books with the same cover isn't uncommon. However, I saw this happening with traditionally published books as well. Well the double take part, not the exact same covers. Anyway, it got me thinking about cover similarities. And here's what I've come across since I started paying attention...

Silhouetted people against a backdrop of a pretty, cloudy sky...

The Same Sky by Amanda Eyre Ward, Maybe One Day by Melissa Kantor, & What I Thought Was True by Huntley Fitzpatrick

Which transitions into purple...apparently purple is an in color right now...

The Firelight Girls by Kaya McLaren, Puppet by Pauline C Harris, & Across the Universe by Beth Revis

The next two are the ones that started it all. Can you see how I would think that is the exact same cover if you haven't seen the first cover in a while and then you come across the second one?

A "new" thing (is there really any such thing?) in the book cover world is a font that looks like a marker...

I Want It That Way by Ann Aguirre, As Long As You Love Me by Ann Aguirre, The Shape of My Heart by Ann Aguirre, Devoted by Arron Chambers, How to Win at High School by Owen Matthews, Love Is The Drug by Alaya Dawn Johnson, & Playlist for the Dead by Michelle Falkoff

Similarly...the next ones all have an almost identical font against a sky backdrop with some buildings (or people) silhouetted...

The Wonder of All Things by Jason Mott, The Infinite Moment of Us by Lauren Myracle, Starry Night by Isabel Gillies, & The Woman Who Stole My Life by Marian Keyes

And apparently we book lovers (or cover designers more accurately), have a particular fondness for circles--specifically golden circles or circles on fire (and this is just a small sampling)...

Divergent by Veronica Roth, Snow Like Ashes by Sara Raasch, Sabriel by Garth Nix, All Our Yesterdays by Cristin Terrill, Infinity by Sherrilyn Kenyon, Chameleon by Kelly Oram, Heartless by Anne Elisabeth Stengl, The Hunger Games by Suzanne Collins, I Am Number Four by Pittacus Lore, Inhuman by Kat Falls, Legend by Marie Lu, & The Glass Wall by Maddison Adler

I'm not even sure how to describe the next two, but wow...

The Things You Kiss Goodbye by Leslie Conner, This Is What Happy Looks Like by Jennifere E Smith, & The Geography of You and Me by Jennifer E Smith

And funny enough...greenery seems to be a trend...

Every Ugly Word by Aimee L Salter, Unspeakable by Abbie Rushton, & The Grown Ups: A Novel by Robin Antalek

The next two are so similar I thought they were the same book when I was contacted (separately) about reviewing both... 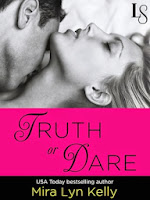 Holding hands. This is another book cover pattern that I pulled a small sampling of...

Stella by MB Forester-Smythe, Between the Lines series by Tammara Webber, Amy and Roger's Epic Detour by Morgan Matson, Remember When by T Torrest, & Dead Over Heels by Alison Kemper

Transitioning from regular holding hand poses to include a third party...

Taking Chances by Molly McAdams, Something Like Fate by Susane Colasanti, & I know I saw another one just like this pose but the three people were sitting on a pier. I couldn't find that one for anything when I was looking. If anyone knows which book I'm talking about, please leave me a comment and I'll include it.

Speaking of the same cover model...I'm pretty sure this guy is the cover model for several other fairly popular books, but I can't remember them right now. If I find more of him, I'll do an update post. 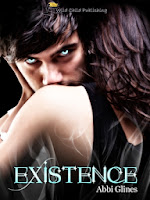 Not exactly the same concept...maybe I'm reaching here. But I saw the 2nd cover and immediately thought of the first.

And lastly for this edition, the pool of water that reflects a different image...which transitions into the parallel universe...

Hex Hall by Rachel Hawkins, The Boy With the Hidden Name by Skylar Dorsett, & Alienated by Melissa Landers

That's it for this edition of cover doubles. Have you noticed any cover similarities? Let me know!