Top 10 Tuesday is a post hosted by The Broke and the Bookish and this week's topic is Top Ten Favorite Heros.

I’ve done multiple Top Ten Tuesday posts about my favorite heroines, and I’ve done several posts about my favorite book boyfriends. But I’ve never done a favorite heroes post. Heroes and book boyfriends are similar but not quite the same thing. I had to cut the hot bad boys. And some of my other favorite leading males to really get the best of the best personality, actions, decisions, characteristics, etc. Every hero is flawed, but I tried to cull out those who made some really bad decisions. 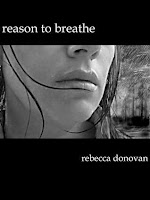 What about you guys? Who are your favorite heroes in books? Let me know!