Top Ten Authors I Own the Most

Top 10 Tuesday is a post hosted by The Broke and the Bookish and this week's topic is Top Ten Authors I Own the Most.

Dude did anyone else have problems trying to come up with a title that didn't end with a preposition? Sheesh! 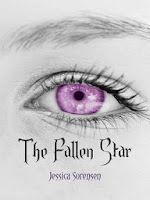 This list isn't including duplicate copies. (I own the following series on audiobook also: Vampire Academy, The Wolves of Mercy Falls, Harry Potter, and Twilight.) This one was actually quite difficult just from hunting down all the books I own and such to see which authors I own the most. What about you? Which authors do you own the most? Let me know!