Top 10 Tuesday is a post hosted by The Broke and the Bookish and this week's topic is Top Ten Places Books Made Me Want to Visit, but here's the thing...I don't want to do that topic. So I'm going to do Top Ten Scariest Villains. 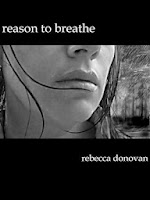 I should probably say that I don’t read too much horror or mystery/thriller. So with my limited reading into those genres, here are my scariest villains.

Who are the scariest villains you've ever read? Let me know!

Email ThisBlogThis!Share to TwitterShare to FacebookShare to Pinterest
Labels: "All Things Halloween", Top10Tuesday