10 Reasons Why I DNF'd Lailah by Nikki Kelly 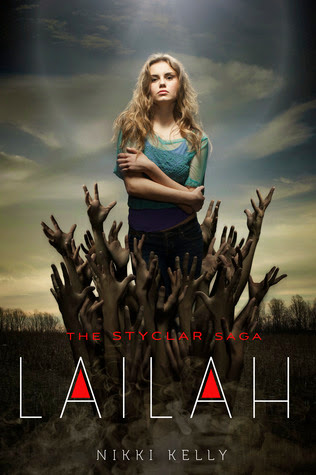 Goodreads description--The girl knows she’s different. She doesn’t age. She has no family. She has visions of a past life, but no clear clues as to what she is, or where she comes from. But there is a face in her dreams – a light that breaks through the darkness. She knows his name is Gabriel.

On her way home from work, the girl encounters an injured stranger whose name is Jonah. Soon, she will understand that Jonah belongs to a generation of Vampires that serve even darker forces. Jonah and the few like him, are fighting with help from an unlikely ally – a rogue Angel, named Gabriel.

In the crossfire between good and evil, love and hate, and life and death, the girl learns her name: Lailah. But when the lines between black and white begin to blur, where in the spectrum will she find her place? And with whom?

Gabriel and Jonah both want to protect her. But Lailah will have to fight her own battle to find out who she truly is.

I made it about 30% into Lailah before DNFing it. I don’t DNF often, but I’m trying to get better at it. Not because I want to DNF more, but truly because I don’t have as much time as I’d like to read, and so I really want to focus on books that are bringing out all the good feels for me and not the frustrating ones. Let me preface this review by saying that my sister-in-law read and reviewed Lailah and really enjoyed it. She gave it 4 Stars. Here’s a link to her review if you’re interested in seeing a different opinion. That being said…here are 10 reasons why I did not finish Lailah:

And that’s that. It wasn’t awful, but Lailah definitely frustrated me. Unfortunately, this book wasn’t a win for me. There are others who have enjoyed it, so I probably just wasn’t the right person for this book. Have you read Lailah? What did you think? Let me know!