A is for Abstinence - Review 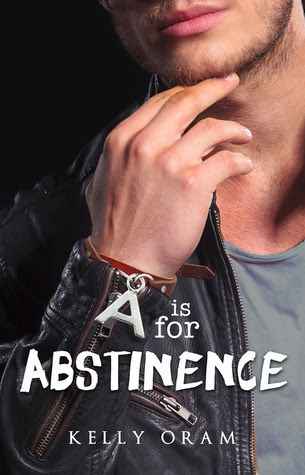 Goodreads description--Six-time Grammy Award-winning musician Kyle Hamilton has it all—money, fame, talent, good looks, and a job he loves. His only regret in life: walking away from a certain notorious virgin because he was too prideful, stubborn, and even afraid to give her the only thing she asked of him—his abstinence.

Four years and a broken heart later, Kyle realizes that sex isn’t everything, and he suddenly can’t stop thinking about the girl that got away. Virgin Val Jensen got under his skin like no one else ever has. He wasn’t ready for her then, but things are different now. He’s grown up, he’s learned a few things, and he’s finally figured out exactly what he wants, or, rather, who he wants.

Kyle Hamilton wants a do-over, and this time he’s willing to do—or not do—whatever it takes.

I loved V is for Virgin right? I mean, what was not to love? It was focused on a strong leading female character with morals, a backbone, able to take bullying and criticism on a global scale, and about saving sex for marriage. All great things, right? Well A is for Abstinence took all of that to the next level. A is for Abstinence is told from Kyle’s perspective. We know that Kyle and Valerie go their separate ways at the end of V is for Virgin because Kyle just doesn’t believe that he can possibly save sex for marriage. While he knows he has strong feelings for Valerie, he’s trying to be honest and realistic with himself and with Valerie. He doesn’t want to break her heart (even though he does anyway). Kyle ends up engaged, but then the engagement is broken off because his fiancé cheats on him. Having witnessed the difference sex with someone you love can make, Kyle no longer feels satisfied with casual sex. He knows it can mean more. And through a series of events he’s reminded of and reunited with Valerie.

Because Kyle broke Valerie’s heart when he left the first time, she’s extremely hesitant to hand him her heart again this time. Even after she finds out that he’s taken the "A is for Abstinence" challenge and decided to become the next spokesperson for the Not Everyone is Doing It foundation. And this is where things get real guys. It’s not necessarily easy to say you’re going to remain a virgin until marriage, but it is a whole lot easier if there’s never any temptation. And well, dating someone that you love amps up the temptation like 100 fold. So while V is for Virgin had an extremely genuine feel to it, A is for Abstinence kicked it up a notch because the reader gets to see how truly difficult it is not to cross the line. How easy it might be to justify your actions based upon your feelings for the other person. Morals are put to the test.

I will say that the resolution and ending felt a bit rushed to me. While I was cheesing through the entire ending of the book, I wondered how realistic or healthy the resolution was. I’m kind of torn about all of that.

I said that V is for Virgin is a book that I think every young female should read, and I think A is for Abstinence is a good follow up to show how difficult sticking to your principles can be when feelings and emotions are involved. At the same time, A is for Abstinence does have an increase in the physical aspects of sex as well as language since Kyle is the narrator, but I still think it might be a good read for our teenage females.

Forever I’ll wait, it’s drivin’ me mad
Driven by memories I’ve not yet had
Hangin’ on a promise of you and me
Hope springs eternal for things that could be

”You got further with Cara today in front of a room full of people and cameras than I’ve ever been with anyone.”

I’d known this relationship wasn’t going to be easy, but I was starting to get bitter.

”When I give myself to you, I want you to be the only person in my head. I want to be able to think about nothing but you and me. Forget the world. This is about us. I may be a role model for a lot of people, but I saved myself for you, not them. I saved myself for me.”