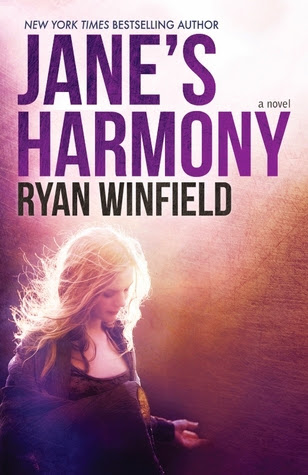 Goodreads description--Starting over is hard to do.

That’s what forty-year-old Jane McKinney learns when she quits her job, sells her home, and leaves Seattle behind to start a new life and pursue the man she loves in Austin. After the death of her daughter, Melody, Jane never thought she would find happiness again – until she met Caleb Cummings. Sensitive, loving, and mature beyond his years, Caleb is a handsome young musician struggling to make ends meet. But when his fortunes take an unexpected and drastic turn for the better, Jane is left wondering where exactly she fits in.

Can you ever leave the past behind? Jane must now decide if she really is willing to commit to a new beginning with Caleb – or if some wounds are just too deep to ever truly mend.

When I read Jane’s Melody, I was completely into the story and digging the entire experience until around the 70% mark where things started to fall apart. I’d had some minor frustrations up until then, but at that point Jane really started to get on my nerves. She was making stupid decisions. And mostly she went into what I call self-sabotage. This usually happens when a character claims to be or thinks they’re being self-sacrificing (for the good of the one they love) when faced with two options, but in truth, there’s often a third option they don’t consider that doesn’t require self-sacrifice self-sabotage at all. And so I ended Jane’s Melody disappointed. That left me torn on whether or not to pursue Jane’s Harmony, but I ended up deciding to read this book because I did enjoy Jane’s Melody for the majority of the book, and I was hopeful that Jane’s Harmony would end up being better than Jane’s Melody. I’m sad to report that this wasn’t my experience…at all.

Jane’s Harmony frustrated me from early on. Let me take just a moment for a comparison. I read The Infinite Sea by Rick Yancey immediately before Jane’s Harmony. Both of these books had parts that frustrated me, but I want to explain why one worked and the other didn’t. In The Infinite Sea, the characters face life and death situations nearly constantly, but what Rick Yancey did well was give me, the reader, hope for the characters and good things possibly happening, despite repeatedly falling short of the results the reader and the characters hope for and despite facing such dire situations. Where The Infinite Sea was frustrating, there was hope. But Jane’s Harmony was the opposite for me. I was frustrated almost throughout the entire book because I didn’t feel hope for these characters to avoid the conflict I saw coming from the very beginning. As a matter of fact, I was frustrated because I had to watch the characters face the conflict before they actually did since it was that obvious. I predicted almost every single conflict that came up in this book and I’ve got highlights and notes in my kindle to prove it. So The Infinite Sea is like watching a car chance crossing the railroad tracks before the train can get there. And Jane’s Harmony is like watching two trains on the same track set on a collision course—totally unavoidable. Readers need to have hope that the characters they’re invested in can avoid, survive, and/or overcome potential conflict.

While I've discussed my overwhelming feeling of frustration while reading Jane’s Harmony and I mentioned this before, I have to really emphasize how truly predictable the conflict was. Some of that is due to clichés, but mostly what I think Mr. Winfield was aiming for foreshadowing with was essentially out and out telling the reader what was to come. I think of foreshadowing as breadcrumbs leading you, but instead of breadcrumbs, Mr. Winfield left chunks of steak along the path.

On top of being easily predictable and frustrating, I just didn’t connect with these characters either. I struggled with Jane in Jane’s Melody, and that didn’t change in Jane’s Harmony either. Caleb was the most likeable character for me in both books, but even he was a struggle for me in this one.

I don’t know guys. I really don’t enjoy bashing a book, and that’s not what I’m trying to do. I know Mr. Winfield worked hard on this novel, but I just didn’t connect with it. On any level really. The one positive thing I will say is that the sentences flowed smoothly. But other than that, this just wasn’t the book for me. I’m giving Jane’s Harmony 2 Stars. Have you read Jane’s Harmony? What did you think? Let me know!