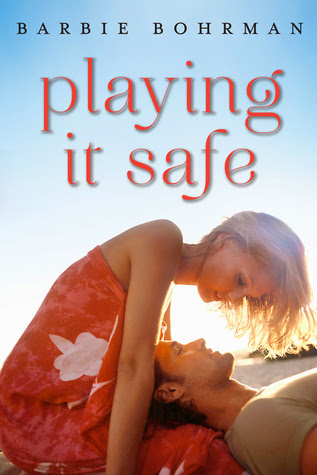 Goodreads description--Julia Boyd has dated more than her share of jerks, and she’s done even pretending to like them. Putting her dating life on hold and focusing on her event planning career is a much safer bet for the blue-eyed blonde…until she meets her newest client.

Organizing the opening for an art gallery should be a breeze for Julia, but gallery owner Alex Holt is becoming very distracting. Tall and muscular with enough charisma and sexy dimples to make Julia swoon, Alex could be the perfect man. The two of them click immediately, creating enough witty banter to ignite sparks.

But just before flames of passion can erupt with Alex, Julia begins planning an engagement party…and learns the groom is Aiden, the man who broke her heart years ago. When Aiden admits that he still has feelings for Julia, everything changes. Should she seek shelter in the familiarity of the past, or should she risk everything on a brand-new love?

So I listened to Promise Me on audiobook earlier this year and I enjoyed it, but decided not to review it due to the graphic content level. I knew that another book was going to be written about Julia, Sabrina’s best friend, and so I had my radar out for this book without even knowing that this book was the book I was looking for. Playing It Safe was offered to me as an Amazon Kindle First deal back in September or October, and I knew that Barbie Bohrman wrote Promise Me so I picked it up without even really realizing that it was Julia’s story. So that’s how I ended up with Playing It Safe.

All of that being said, can I just take a minute to address the cover of this book? I mean the girl and the guy are obviously at the beach right? But other than being set in Miami, there was nothing “beach” about this book. The characters don’t go to the beach at all. They don’t even go swimming. So a girl wrapped up on a beach towel and all that jazz has nothing to do with this book.

Playing It Safe falls into the category of books I don’t want to take too seriously. I read this book because I needed something light and quick to read while I was on vacation. And it definitely fit that bill, but Playing It Safe also had frustrations for me. First off, Julia narrates as if she’s speaking to the reader, and I’m not sure why that was as annoying as it was for me, but it just was. The amount of fight Julia puts up against a relationship with Alex was annoying. The conflict with Marisa was overplayed and annoying. Plus it was more of a situation where I was upset that Julia was letting Marissa affect her like she did rather than anything else. So yeah, the main conflict and resolution felt like it could have been avoided if the characters weren’t so stupid and prideful. On top of that, Alex essentially says “I would have come after you in a day anyway” even though Sarah had to force him to be at the final showdown moment as it is. So that felt contradictory to me.